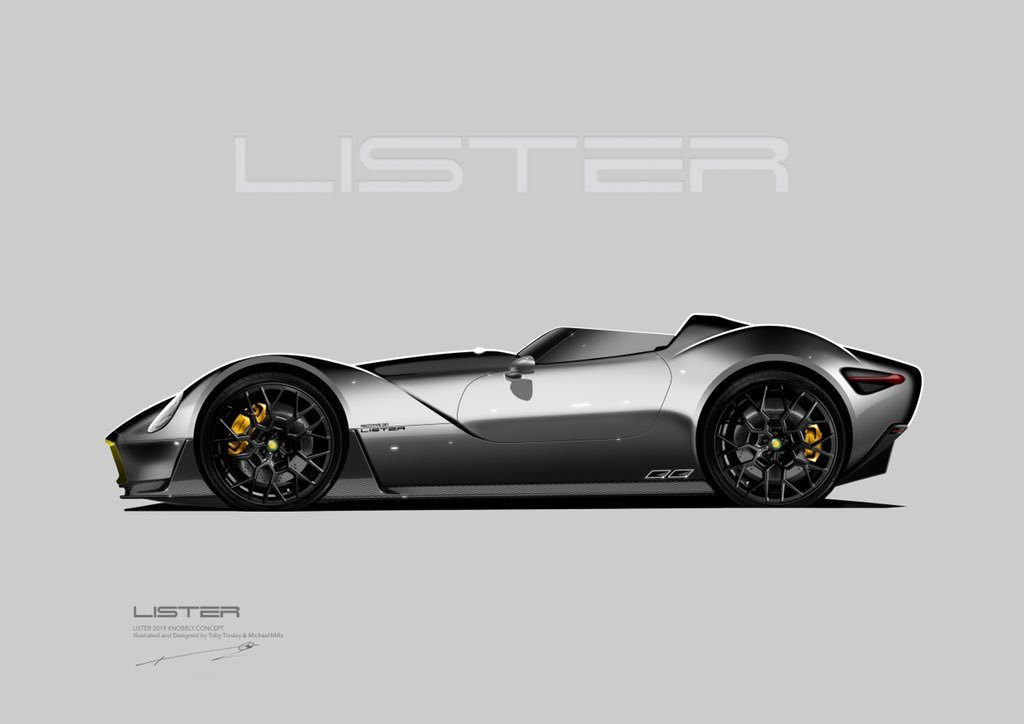 Lister has been rather bust lately with very strong variants of the Jaguar F-Type and F-Pace and it seems they are now wanting to make their very own sports car, and it looks rather fantastic.

Lister isn’t unfamiliar with creating their own cars. Besides the fact that they tune Jaguars, the British company conceived their own models and made use of other manufacturers’ (such as Chevrolet and Jaguar) engines to give them the necessary motivation. Among those cars, the ‘Storm’ and the ‘Knobbly’ was included as one of the sportscars they created.

The Knobbly was made in 2012, but now it appears as if Lister will be bringing the Knobbly name back to life. By the looks of the picture, it seems as if Lister have drawn some inspiration from the likes of cars such as the Donkervoort D8 GTO with the two-seat, no-roof layout. Nothing has been announced in terms of what will be powering the Knobbly, but it’s safe to assume that Lister will probably be using Jaguar’s 5.0-litre, supercharged V8 engine – which is no bad thing at all. If that engine will be used, expect a power output north of 600 horsepower (447 kW).