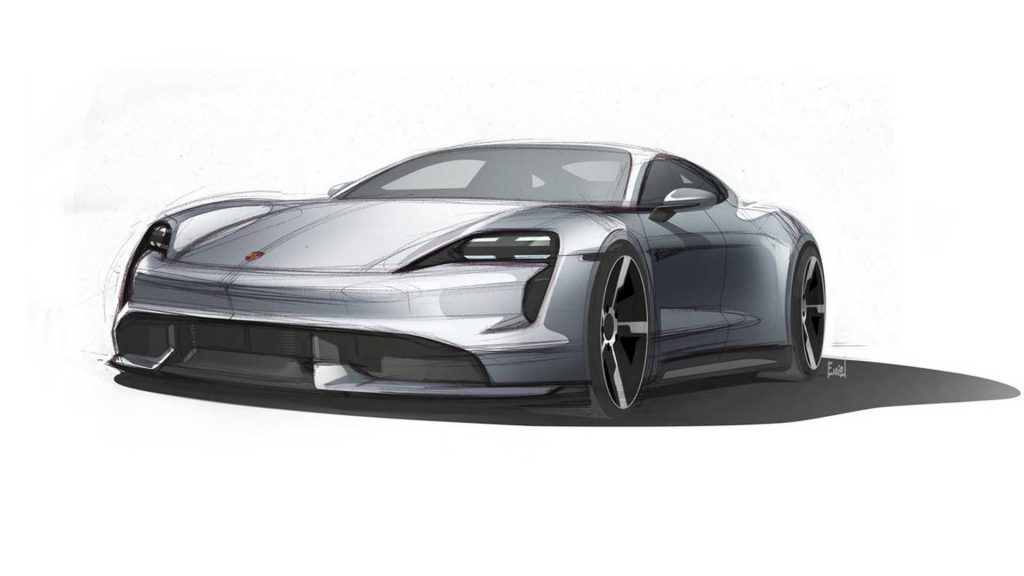 In an email sent to people who have already pre-ordered the model, the company explains everything goes as planned and “preparations are underway for a successful start for the Taycan.”

“Finishing work on the assembly line in Zuffenhausen is entering the final straight and the expansion of charging infrastructure worldwide is advancing at a great pace. The historic main manufacturing center is being made fit for the automotive production of the future, as the outside world is preparing for a new standard in charging performance – typical of Porsche, the best in its class,” Porsche’s email says.

These two sketches give a very good indication of what the final Taycan may look like and it seems the transformation from concept to production model actually looks very appealing.

The drawings propose significantly cleaner and sharper shapes than the test prototypes we’ve spied. Simply put, it’s going to be a looker.