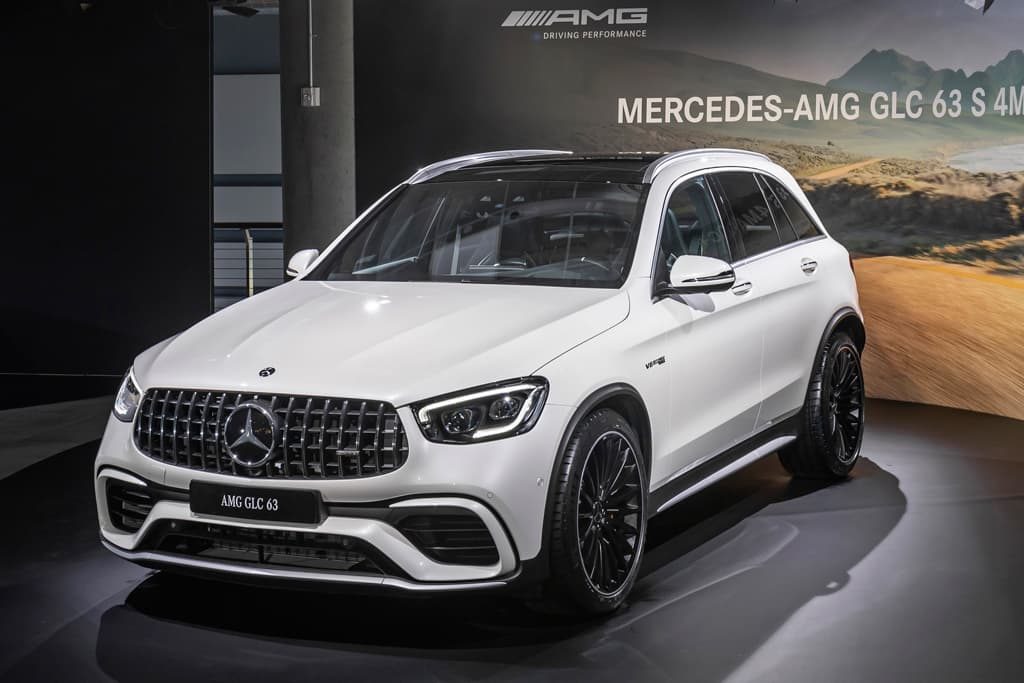 Although it looks almost identical to the current offering, there are a series of subtle changes, most of which are focused on the exterior styling and upgrades to its interior.

The most significant upgrades are found inside, however. Included is a revised instrument binnacle and Mercedes’ new MBUX operating system with touchscreen, touchpad, voice and (optional) gesture control. There’s also a new AMG steering wheel that features touchpads within its horizontal spokes and offers additional upholstery options.

AMG claims the facelifted GLC 63 S 4Matic+ has become the fastest SUV to have lapped the Nürburgring, with a time of 7min 49.4sec.

“The lap record on the Nordschleife has proven the GLC 63 is right at the top of its segment in terms of dynamics,” said AMG chairman Tobias Moers. “With our V8, we hold a decisive unique selling point in the competitive environment. We were able to hone the dynamic even more and also further increase the suitability for every day.”