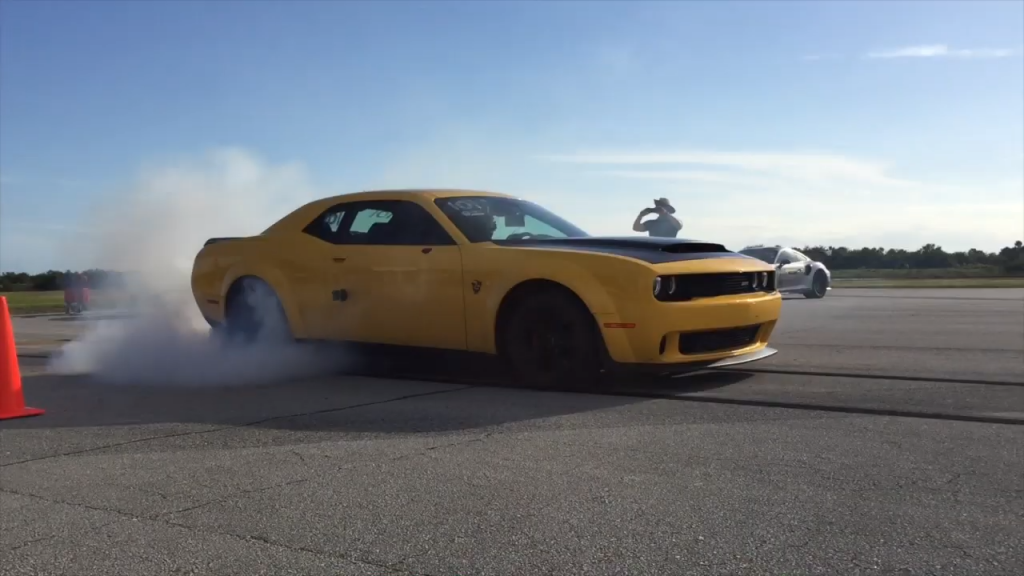 Who would have thought the Dodge Demon could hit speed to match that of the mighty McLaren Senna?

We sure did not think it would be capable of this considering its brick-shaped aerodynamics but then again it does have an astonishing 840 hp (626 kW) at its disposal.

Dodge electronically caps the Demon at 168 mph (270 km/h) by default, but owners can easily get rid of the limiter by installing the optional Demon Crate. Using the red key fob and 100-octane fuel, the engine can unleash the whole shebang of 840 horsepower, thus making it one of the most powerful production cars ever built.

Recently at the Johnny Bohmer Proving Grounds, the Demon managed to reach a whopping 211.227 mph (339.933 km/h). To put that number into context, it matches high-end machines such as the McLaren Senna, Aston Martin DBS Superleggera, Porsche 911 GT2 RS, and a couple of Ferrari’s such as the 488 Pista and the 812 Superfast.

It’s also worth mentioning the Dodge is far from being one of the lightest cars in the world. We all know weight is a performance car’s worst nightmare, and at 1,941 , the meanest Challenger of them all weighs just about as much as an Audi Q7 large SUV.

Dodge
Share. Facebook Email Twitter LinkedIn WhatsApp Telegram
Previous ArticleWindow Tinting: How It Works and Its Overall Benefits
Next Article All-New Ford Mustang Could Be As Far Away As 2026