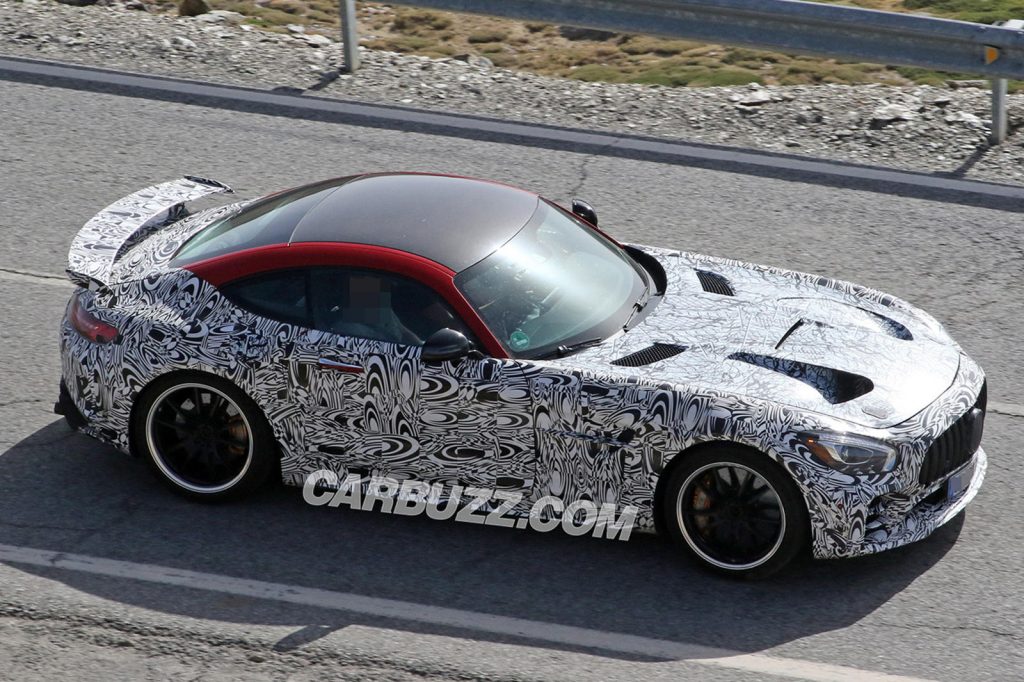 Mercedes-AMG keeps whetting our appetite with new variants from the GT range like the GT R Pro but we know we are all waiting with bated breath for the range-topping GT R Black Series.

AMG boss Tobias Moers confirmed that it will launch in 2020 and spy photographers seem to have captured it recently flexing its muscles during hot weather testing in Southern Europe.

Take one look and you will notice some immediate differences between this prototype and anything we have previously seen. Compared to the standard AMG GT R, the Black Series prototype has a new sculptured hood with massive air vents. Does that mean the engine needs substantially more cooling because of its drastic power increase? We can only hope but rumours are suggesting as much 700 hp to take on the likes of the McLaren 720S and Porsche 911 GT2 RS.

Other changes include a unique front bumper, quad exhaust tips, and a large rear diffuser. This is going to be a very mean-looking Mercedes-AMG when the covers come off, and we can’t wait to see the production model.

Mercedes-AMG
Share. Facebook Email Twitter LinkedIn WhatsApp Telegram
Previous ArticleA Chevrolet Corvette C8 Has Already Crashed
Next Article Have You Scrapped Your Car? Here Is What You Need To Do In Order To Notify The DVLA