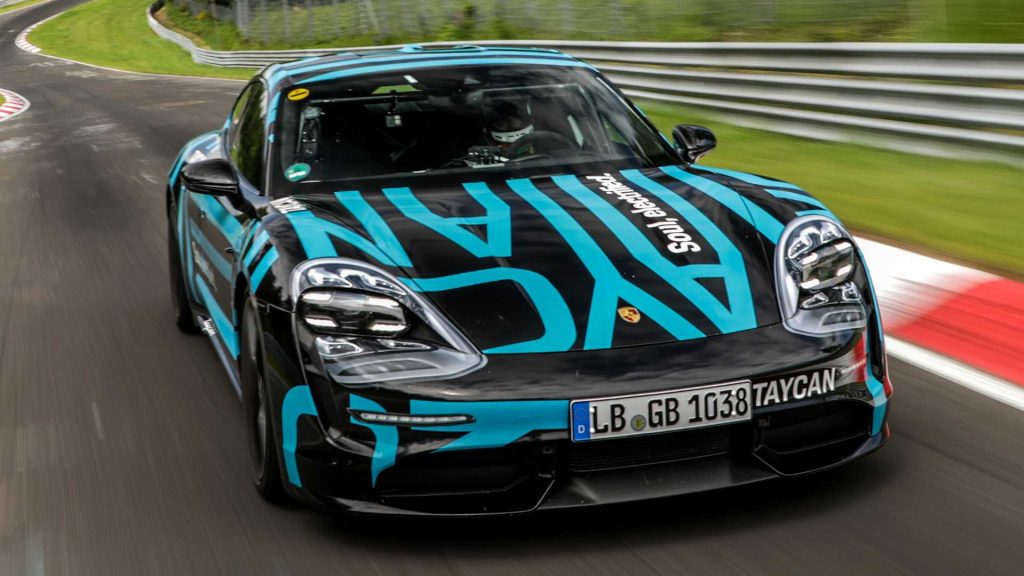 The Porsche Taycan has not officially been revealed yet but it has set a new record for four-door EVs at the Nürburgring by lapping the famous German circuit in 7 minutes and 42 seconds. That’s only four seconds slower than the Panamera Turbo, which did a lap of the Green Hell in 7:38 back in June 2016.

Lars Kern was behind the wheel of the Taycan which was the range-topping variant with dual electric motors, one for each axle. Equipped with all-wheel drive and all-wheel steering, the EV offers more than 600 horsepower.

Ahead of its auto show debut at 2019 IAA in Frankfurt, the 2020 Porsche Taycan will be revealed on September 4 during three events set to take place simultaneously in Germany, China, and Canada. The world premiere will be live-streamed for anyone around the world wanting to take part.