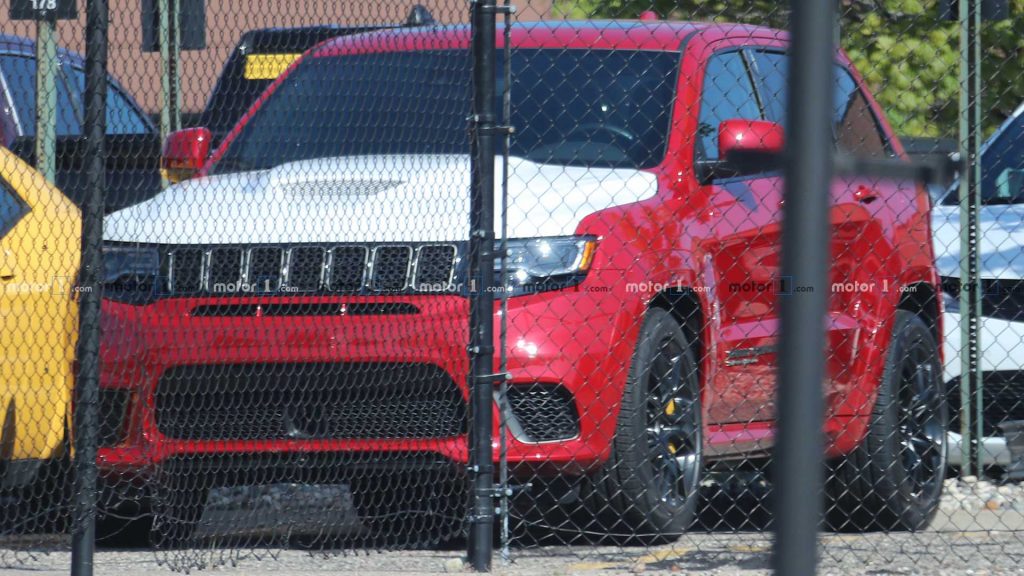 These spy shots taken near a testing facility suggest that before the Jeep Grand Cherokee retires, the flagship SUV will receive the mighty, 6.2-litre V8 engine that powered the limited-edition Challenger Demon.

The spy photographers spies spotted a Grand Cherokee Trackhawk fitted with an unusual hood. The standard model has a pair of power domes you could almost call discreet. The prototype depicted in the spy shots gains a much bigger bulge positioned behind a scoop that looks functional.

There are no other visible changes to this vehicle. However, it’s sitting next to what appears to be a Dodge Challenger SRT Demon with the SRT badge absent from the grille.

In the Demon, the supercharged, 6.2-litre Hemi V8 made 840 horsepower when burning race fuel, though that figure dropped to 808 when it was firing on premium unleaded. Stuffing the Demon engine into the SUV would allow Jeep to brag about building the most powerful SUV on the market.