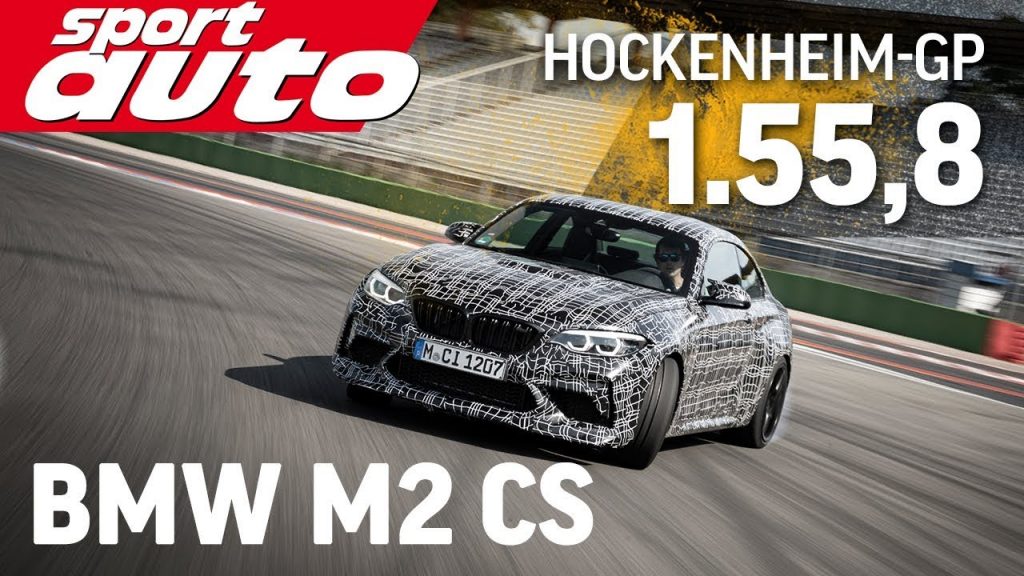 The BMW M2 CS has not even been unveiled yet but the folks over at Sport Auto were privileged enough to get behind the wheel at Germany’s Hockenheim Formula 1 circuit.

So far we know the upcoming BMW M2 CS will pack 450 hp (336 kW) and will be offered with a manual gearbox as standard. Other than that, it is rumored to begin production in March next year and end 9 months after that with just 2,200 units to be produced worldwide.

Uwe Sener was the man behind the wheel of the hottest M2 variant ever made and with a lap time of 1:55,8 it has proven that it can play with some big boys out on track including its much bigger, stronger brother, the M5 Competition.

That time makes it just 0.2 seconds behind the M5 Competition but also makes it faster than a Porsche Cayman GT4, BMW M850i, Audi TT RS and 2.1 seconds quicker than the M2 Competition.