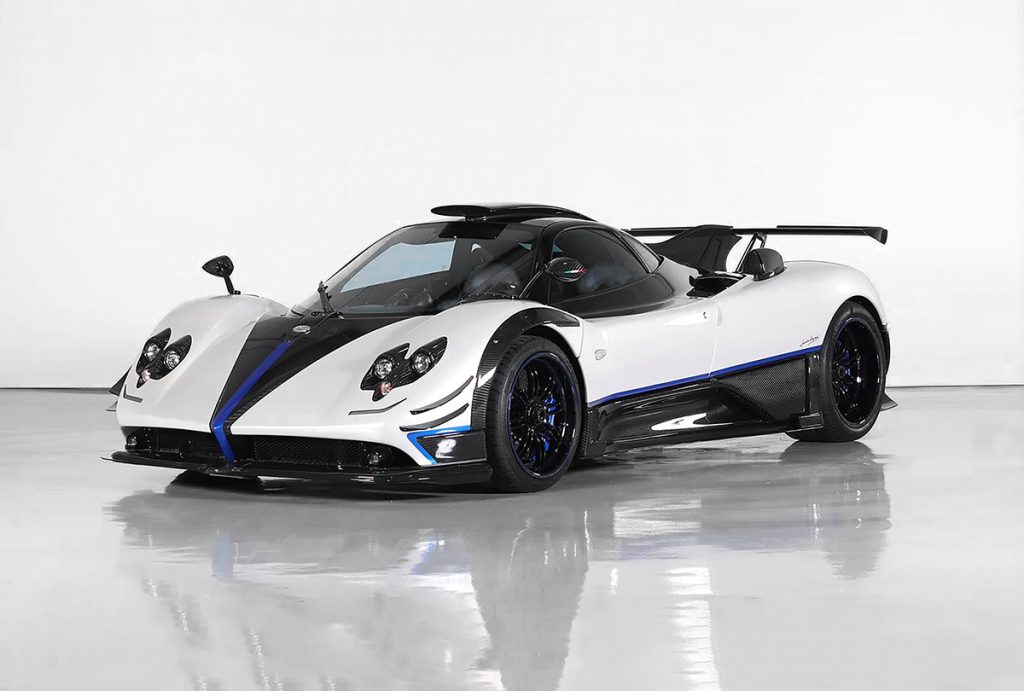 The Riyadh Car Show is currently taking place and the auction saw some seriously precious metal cross the block in an attempt to fetch as much as possible and find new homes.

Some of the cars up for grabs included a Gumpert Apollo S, Lamborghini Reventon, McLaren P1 and two Mercedes-Benz SLS AMG Black Series. Only 18 out of the 68 cars offered found a new home with the one-off Pagani Zonda Riviera topping to sales price after the hammer fell at $5.5 million (approx. R80 million).

The Riviera is based on a Zonda F which has been upgraded to Zonda 760 Series spec so the 7.3-litre AMG V12 produces 760 hp (567 kW). It sports new carbon fibre body panels, a roof scoop, a carbon fibre rear wing, carbon-black wheels and carbon fibre front canards on the exterior.

The auction result is interesting as it is the first time a Zonda has hit a public auction since 2011.

Safe to say that the Riviera has set a new benchmark but do not stress if you missed this chance. If you want your own Zonda, the Pagani Zonda Aether is on offer at the first RM Sotheby’s auction in Abu Dhabi.