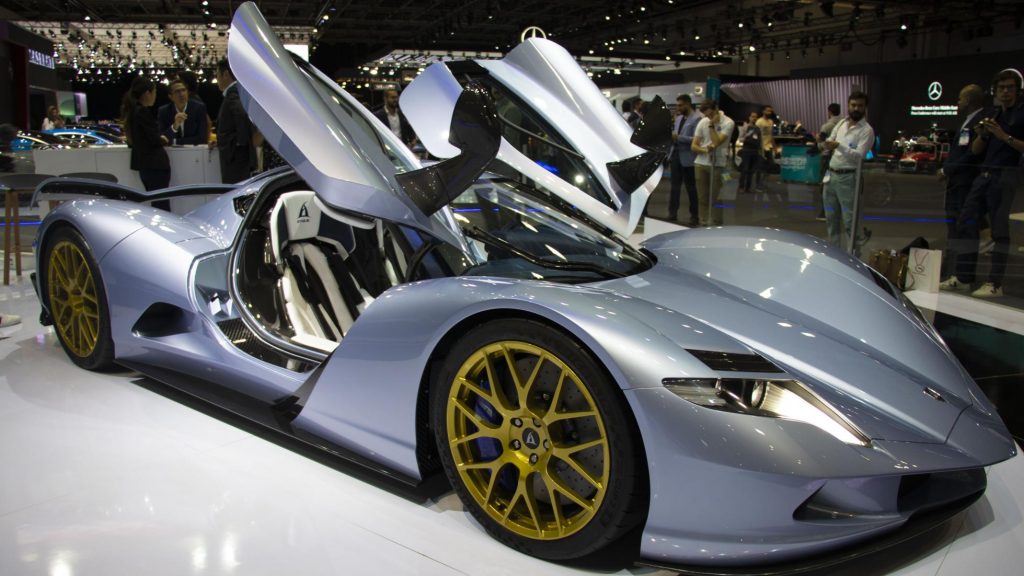 It is the Dubai International Motor show and the production version of the Aspark Owl has arrived boasting some serious performance figures as expected.

Aspark is a Japanese engineering company and their road-going electric hypercar packs a ridiculous 2,012 hp (1,500 kW) and 2,000 Nm of torque from its quad-motor setup. To our knowledge, that makes it the most powerful production road car in the world.

While talking to TopGear, the Aspark boss Masanori Yoshida said since the car’s initial launch in 2017, the company has been diligently working away to make it not just faster, but the fastest.

The car will be built in Italy by MAT, and Yoshida confirmed the final cars will be ready by early next year. Of the 50 units planned, he’s already had orders for 15 with a steep price tag of €2.9m (approx. R48 million).

Aspark said the drivetrain is sourced from an external supplier, but wouldn’t comment on exactly who built it. Regardless of where this unit comes from, it is capable of hitting 300 km/h in just 10.6 seconds and run all the way to a top speed of 400 km/h.

As you can see in the shots included, the production version has changed slightly with the inclusion of some wing mirrors, an active rear wing, and newly shaped side glass.

“We’re planning on making another model in the future,” Yoshida told Top Gear. “Both smaller and bigger than the Owl.” Indeed, the second Aspark road car will be the big one, but not an SUV. “Only hypercars – I like hypercars!” he said.