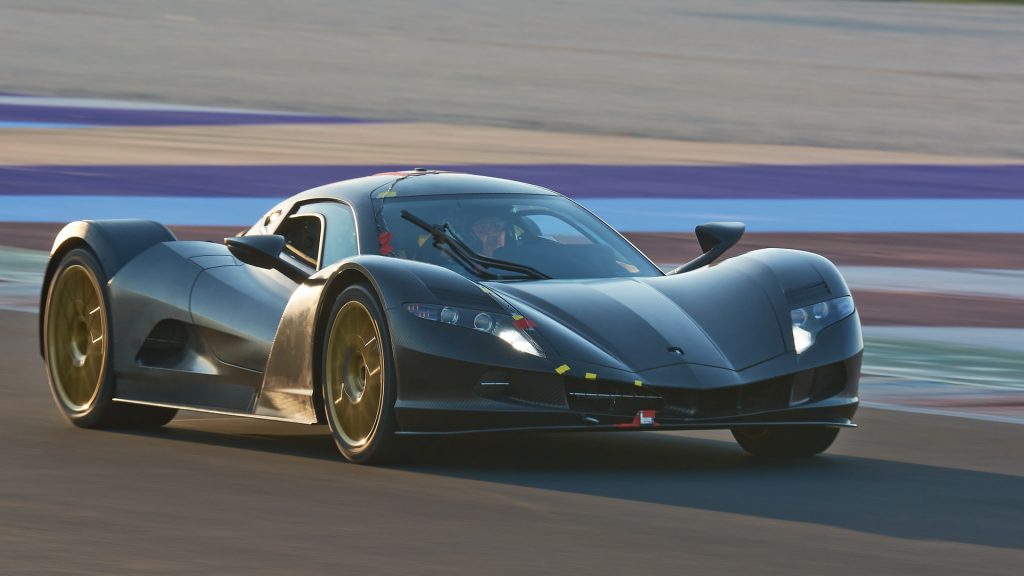 We saw the production-spec of the Aspark Owl electric hypercar last year and now they are ready for the market as production on the 50 units begins.

During the summer, the Owl managed to hit 96 km/h (60 mph) in a mind-warping 1.72 second sporting Michelin Pilot Sport Cup 2 tyres (yes those are road legal).

Buying one would sting your wallet to the tune of €2,9 million (approx. R58 million) and not only will you get the worlds fastest accelerating car but apparently you will get the lowest too as it measures just 99 cm (38.9 inches) in height.

“It’s a great honor for Aspark to be the first to announce this achievement, reached in a record time. When we first announced this project, no one believed it could have been done: it is true that we do not have a long history, but we are now completing what is the first Japanese Electric hypercar.  A proof of our vision, skills and engineering capabilities. This is what we do at Aspark: thinking outside the box and explore new, unchallenged territories, no matter the circumstances,” said Aspark CEO Mr. Yoshida.

Yoshida also confirmed last year that they will gun for the Nürburgring lap record. “We’re aiming to achieve a new lap record,” Aspark boss Masanori Yoshida told TopGear. “We’re confident this car has the most speed in the world. It’s got amazing performance.”