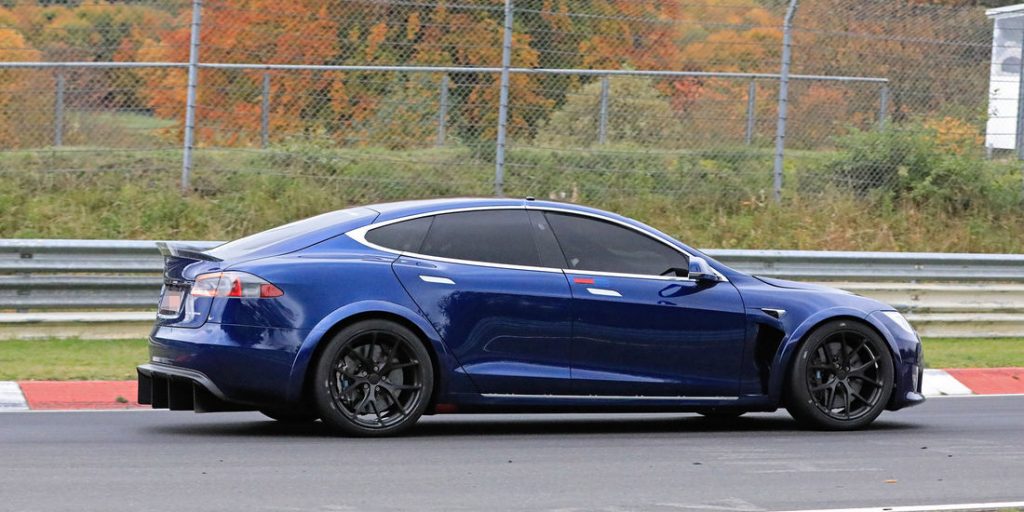 A new report from Auto Motor und Sport is suggesting that the Tesla Model S Plaid prototype has fired in an unofficial Nurburgring lap of just 7 minutes and 13 seconds. For those who didn’t read the title, that is an astonishing 29 seconds quicker than the Porsche Taycan Turbo.

This is blisteringly quick but Tesla claims it will be capable of conquering the Nurburgring in seven minutes and five seconds. This time isn’t official yet, however, so we’re still waiting for Tesla to confirm it.

Somehow they (Tesla) managed to get hold of a piece of free track and were able to burn twice 7:13 minutes into the asphalt from our local source, hand-stopped. Thus, the Tesla again undercut his also unofficial time of 7:23 minutes from the previous weeks. Aboard the blue Tesla Model S sat the designated Nordschleife expert and racing driver Thomas Mutsch.

When Tesla first showed up at the ‘Ring with the Model S Plaid, everyone thought it was simply a one-off car with no intention for production. However, that quickly changes as Tesla CEO Elon Musk later announced that a Plaid Model S is production bound, which means that buyers will actually be able to own this bonkers electric car, but it surely won’t be cheap.

As you can see in the shots included, this is certainly not your regular Model S. It sports wider fenders, a rear spoiler and some wider HRE wheels wrapped in sticky rubber.