Lamborghini Gallardo Crashes Into Police Kiosk, Owner Flees The Scene but Returns To Pose at Scene and Gets Arrested 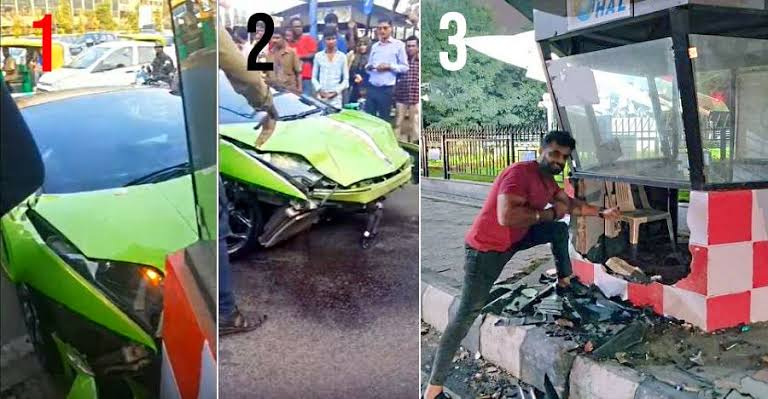 Indian businessman Sunny Sabharwal (28) managed to crash his Lamborghini Gallardo into a police kiosk in Bengaluru, India on Sunday and fled the scene.

In a bizarre turn of events, the owner of the supercar returned to the scene of the accident where he posed for a photo in front of the damaged kiosk and uploaded it to social media.

According to TheNewsMinute, Joint Commissioner of Police (Traffic) Ravikante Gowda formed a team to investigate the matter and after obtaining footage of the incident (see below), they tracked Sunny down. On Monday, the investigating team went to Sunny’s residence in RT Nagar and informed his family members that he had been booked for rash and negligent driving.

“His family initially denied it. We showed them the CCTV footage and also the picture where he posed in front of the kiosk. He was arrested and we imposed a fine of Rs 2,000. Since section 279 is bailable, he was let go after the arrest as he obtained station bail,” a senior police official said.