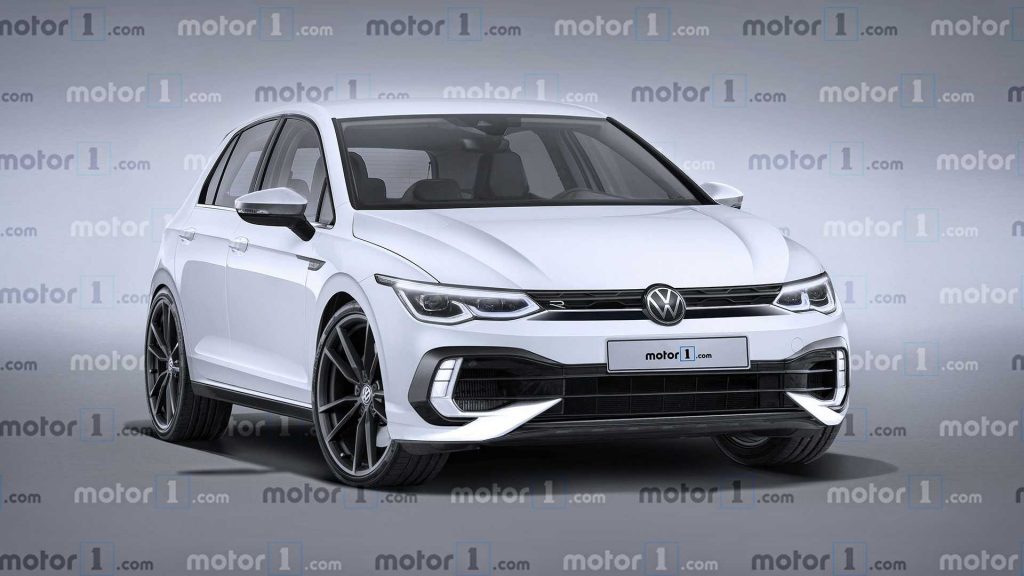 The folks over at Motor1 are back at the Volkswagen rendering game but this time instead of the new Golf GTI, they focus their digital manipulation talents on the range-topping Golf R.

The upcoming Golf R was spied testing in the snow recently and when combined with the power output leak from last month, the digital artist was able to create a virtual look at the new Golf R complete with new “R” logo and some generously sized front air intakes.

The turbocharged 2.0-litre four-pot is expected to produce 329 hp (245 kW) which as usual will be sent to all four wheels via a slick DSG gearbox.

Should you want even more power, VW could be cooking up something that may tickle your fancy. Currently, it is being referred to as the Golf R Plus and it is said to pack nearly 400 hp, which would make up for lost time considering the 2015 R400 concept that was set to become the R420 production model never actually hit the assembly line.