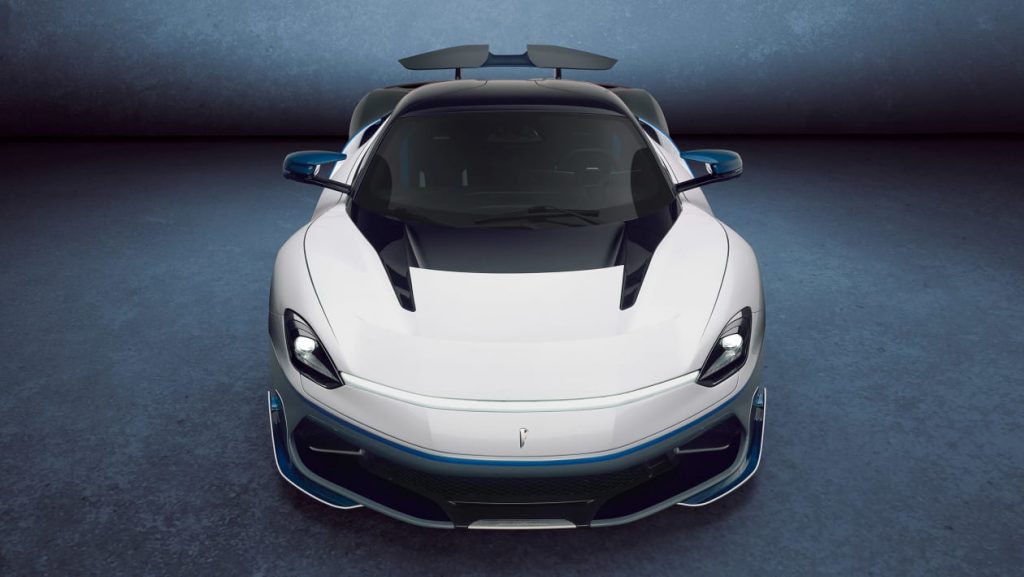 The public debut was scheduled for the Geneva Motor Show but now that it has been cancelled, we get to see it virtually revealed.

The Pininfarina Battista Anniversario is limited to just five units but still remains part of the 150 units they will produce.

The Anniversario features a “unique, Pininfarina heritage-inspired design theme” that incorporates three signature colours: Bianco Sestriere, Iconica Blu and the never-seen-before Grigio Antonelliano. Chief design officer Luca Borgogno claims the car has “one of the most complex paint finishes in the world”, taking weeks to finish by hand at the firm’s design centre in Cambiano, Italy.

It also sports the Furiosa package as standard which adds a revised carbon-fibre front splitter, side blades and rear diffuser giving the hypercar more downforce and stability in high-speed corners.

The performance figures are identical to those of the standard vehicle, with Pininfarina maintaining the Battista’s claim as the most powerful Italian road car ever. Four electric motors develop 1,874 hp (1,397 kW) and 2,300 Nm of torque, while 0 to 100 km/h (62 mph) is said to take less than two seconds.