Volkswagen Tease 2022 Amarok Which Will Be A Collaboration With Ford 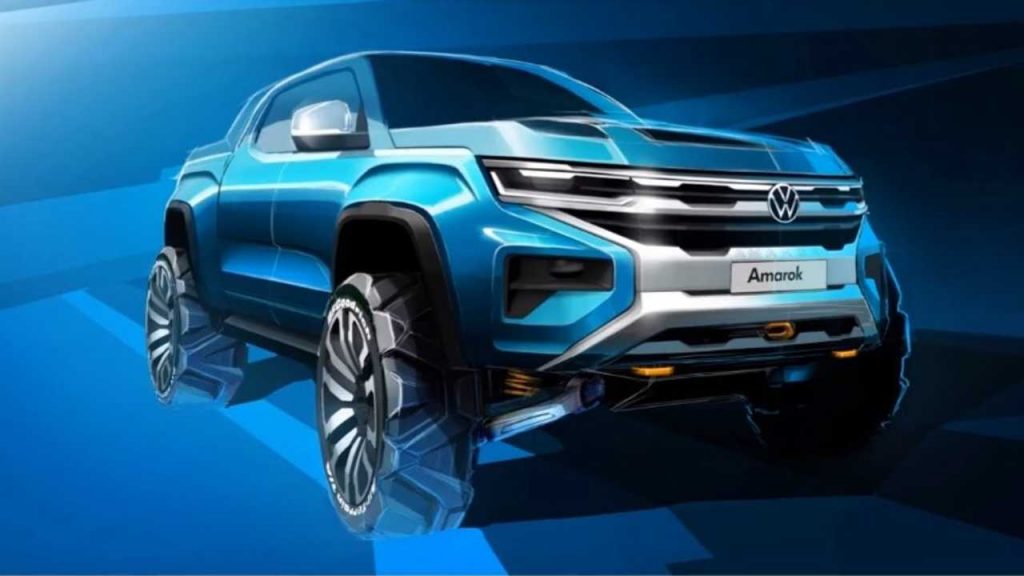 During the Volkswagen Annual Media Conference, the first design sketch of the next-generation Amarok made a brief appearance when chairman Herbert Diess said it will be one of the first fruits of the collaboration between Volkswagen Commercial Vehicles and Ford.

In January last year, the two companies shared plans to collaborate on commercial vans and pickups which likely means the next Amarok will share many of its bits and pieces with the future Ranger. Based on the announcement made by the two marques a little over a year ago, the new pickups will go on sale as early as 2022.

The design sketch looks properly aggressive but as we know these teasers are usually exaggerated so do not expect the product to look quite to bold and brutish.

Other than the Ranger-Amarok collaboration, we should also see a new Ford Transit Connect based on the recently revealed 2020 VW Caddy.