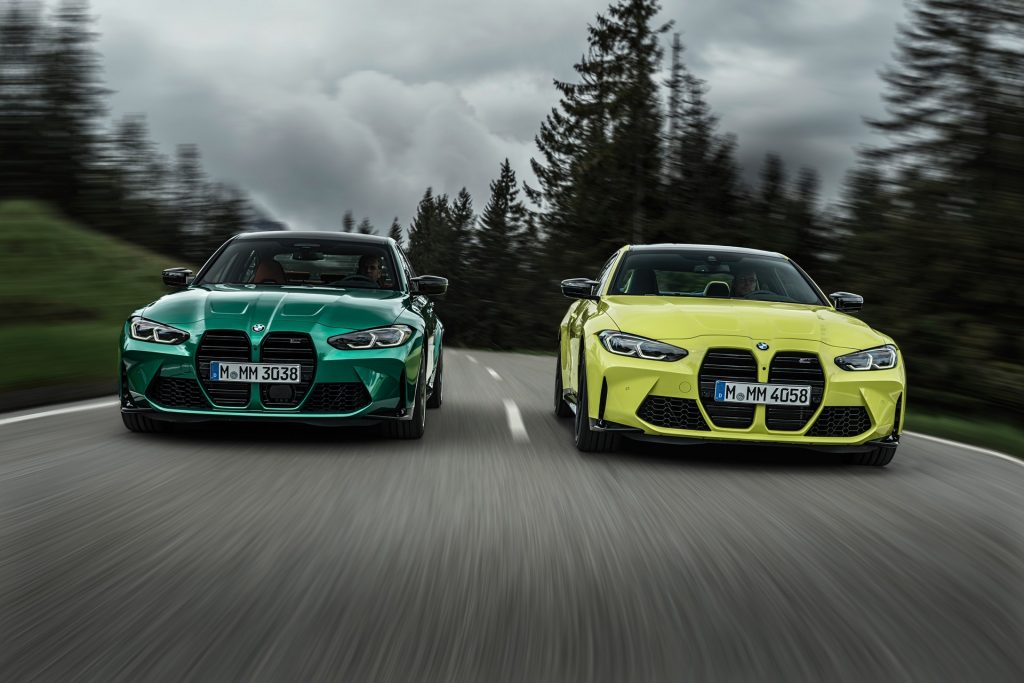 We knew they were going to be bold and bold they are. Ladies and gents welcome the 2021 BMW M3 and M4, now in the sixth generation and more powerful than ever.

Can we skip over the controversial kidney grilles? They are here to stay so lets rather talk about what’s behind them.

Yes there is a six-speed manual variant but only available on non-Competition variants which means it will not be offered in South Africa.

The rear-biased all-wheel-drive system in the Competition variants is similar to the M5’s system, with an active M Differential at the rear axle and the ability to choose between 4WD and 4WD Sport modes, with the latter option sending more power to the rear. If you really want to get loose, turning off the Dynamic Stability Control (DSC) transfers power to the rear wheels exclusively.

You will have no problem stopping either as there is a new high-performance braking system. It features six-piston calipers and 380 mm (15 inch) discs up front, as well as single-piston rear calipers which grab onto 370 mm (14.6 inch) discs. Want to splash some more cash you can get the optional carbon ceramic stoppers which are finished in gold and make use of discs which measure 400 mm (15.7 inches) at the front and 380 mm (15 inches) at the back.

The interior is nothing to write home about as its nothing we have not seen before but you can spec some seriously sport looking optional M Carbon bucket seats which are 9.5 kg (21 lbs) lighter and feature aggressive bolsters as well as an illuminated model badge.

BMW South Africa has confirmed that we will see the first units arrive in the first half of 2021 but as mentioned we will only be received the Competition variants so no manual gearbox to choose from for us.