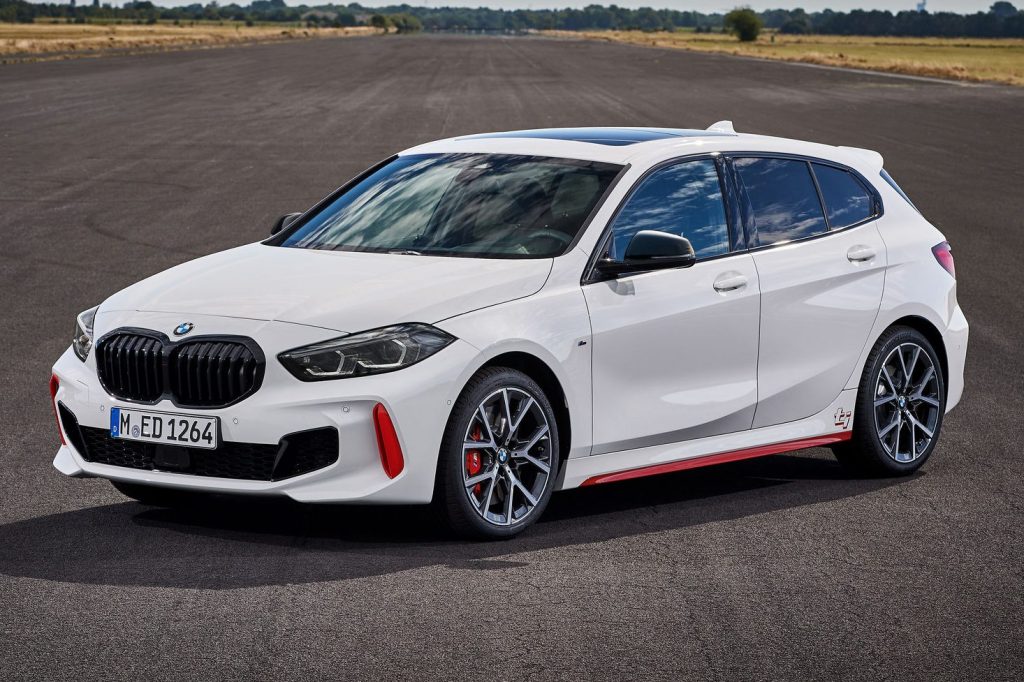 BMW has fully revealed the new front-wheel-drive hot hatch known as the 128ti and it has its sights set on the iconic Volkswagen Golf GTI.

If you want to add one to your garage, you will need to part with R687,418 which includes VAT and CO2 emissions tax making it R120k less than the range-topping M135i xDrive.

The South African market is sadly getting a slightly detuned variant which means the turbocharged 2.0-litre four-cylinder petrol engine will develop 241 hp (180 kW) as opposed to 261 hp (195 kW).

Unlike the flagship 1 Series, the 128ti’s engine sends all the power exclusively to the front axle but this power is directed through the same eight-speed auto gearbox. In an effort to minimise torque steer, BMW has also added a Torsen mechanical limited-slip differential, which the company says will improve traction by directing power to the wheel with the most grip.

We will be attending the launch of the BMW 128ti next week so stay tuned to our social media channels for more content on the newest Volkswagen Golf GTI rival. Sources indicate the new GTI will land in South Africa with a base price around R20k cheaper than this car (around R660k).