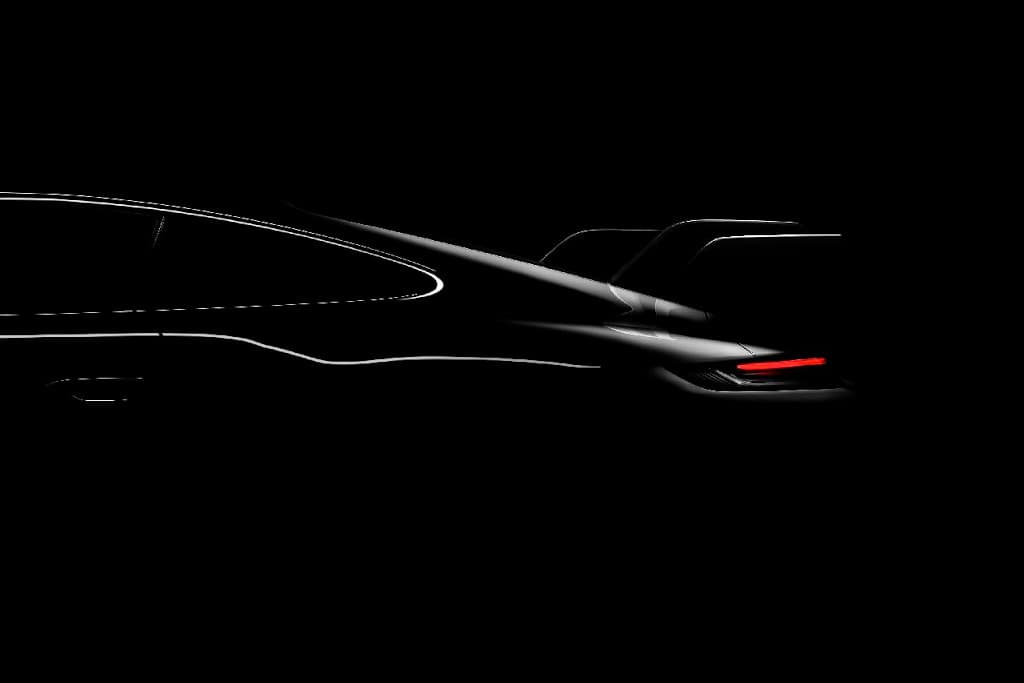 The folks from Porsche have finally given us something official on the new 992-gen 911 GT3 with a teaser image captioned “the youngest member of the Porsche 911 GT family”.

As expected we can see the much talked about sawn-neck rear spoiler which has been lifted straight from motorsport and ensures maximum downforce with minimal drag.

The 4.0-litre flat-six will be a revised version of the one found in the 991.2 and should deliver around 536 hp (400 kW). Just like the predecessor, it will rev to 9,000 rpm and be combined with a six-speed manual for the purists and a seven-speed dual-clutch PDK transmission.

If this is not hardcore enough, we will see a new GT3 RS at a later stage but lets get excited for this as it will be revealed in all its glory on the 16th of February.

Porsche
Share. Facebook Email Twitter LinkedIn WhatsApp Telegram
Previous ArticleMcLaren 765LT Much More Powerful Than What Is Claimed
Next Article BMW i7 To Become Most Powerful 7 Series Ever