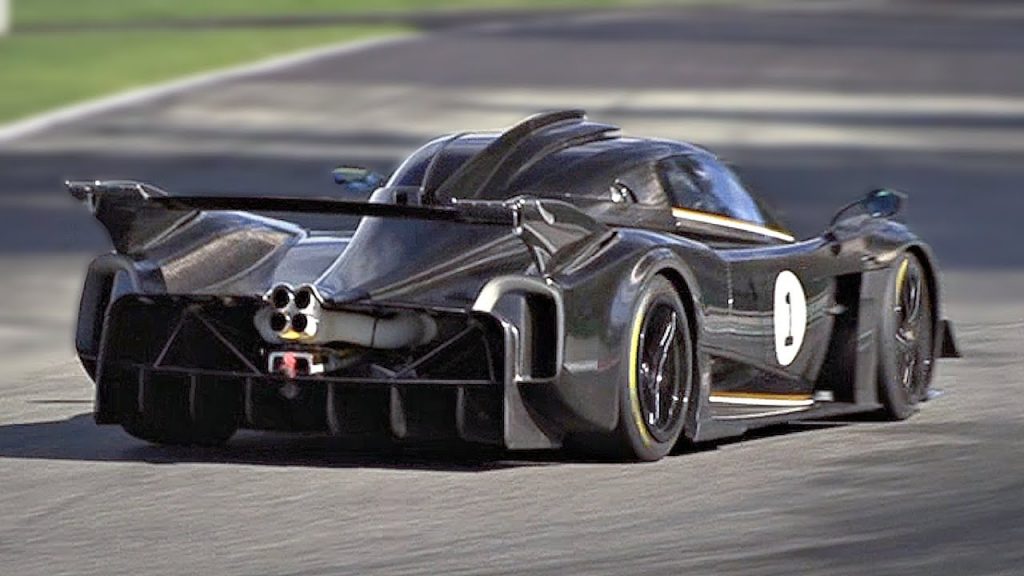 Pagani added a track-only weapon to its creations in March this year and dubbed it the Huayra R.

It is the most furious Huayra derivative yet and makes use of a naturally-aspirated 6.0-litre V12 engine. When it was revealed, they said the Huayra R sounds like a Formula 1 car of the past with a 9,000 rpm redline and after seeing this video of one in action testing at Monza Circuit, we have to agree.

As a reminder, the Huayra R is powered by a naturally aspirated 6.0-liter V12 developed in collaboration with HWA. It punches out a massive 850 hp (625 kW) at 8,250 rpm and 750 Nm (553 lb-ft) of torque sent to the rear wheels through a six-speed non-synchronized dog-ring sequential gearbox.

According to the owner of the video, this is the first time that the Huayra R has been tested at Monza Circuit. At the latter end of the video, you can also see the track-focused supercar being loaded into a truck.

Only 30 examples of the Pagani Huayra R will ever be built, with each unit costing €2.6 million, plus tax.