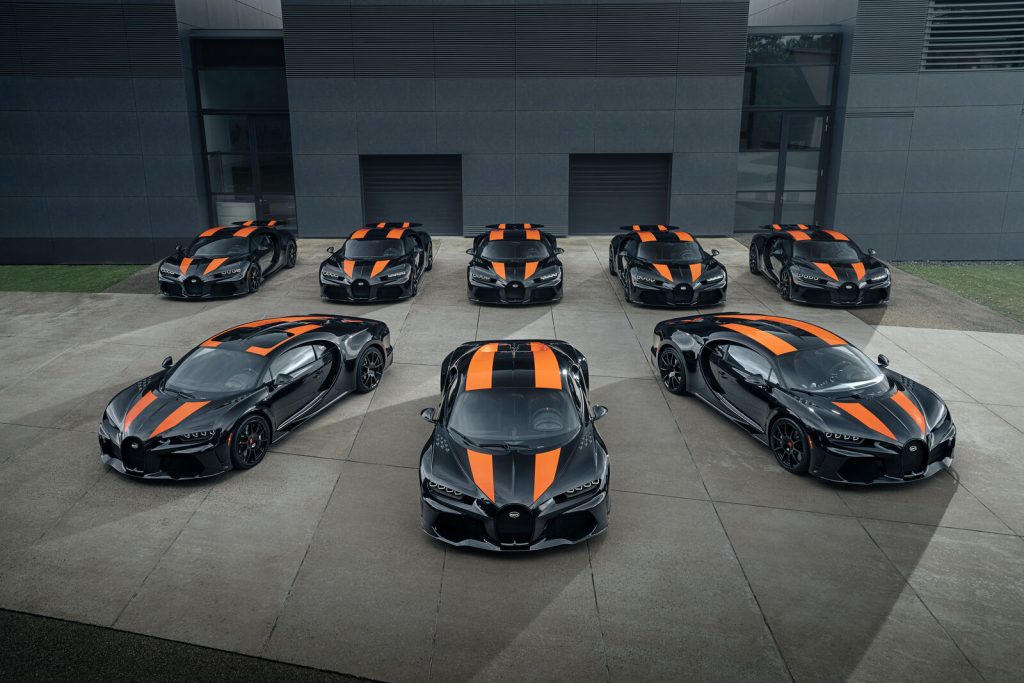 Following the final testing of the Bugatti Chiron Super Sport 300+ in June, the first eight examples are now ready for delivery.

When the Chiron Super Sport 300+ first made headlines back in 2019, Bugatti established an entirely new standard of performance by blasting through the seemingly unbreakable 300 mph barrier. Surpassing the threshold at a speed of 304.773 mph (490.484 km/h), setting a new world record. Shortly after, to mark the 110th anniversary of the French luxury marque, it was announced that 30 units of the Chiron Super Sport 300+ would be built at Bugatti’s Atelier in Molsheim.

Bugatti engineers also developed a new thermal management system for the hyper sports car’s engine and gearbox, ensuring all remain cool even when travelling at the automobile’s top speed.

“The Chiron Super Sport 300+ will forever remain a cornerstone of our marque’s illustrious history as it elevated automotive performance to levels that were once thought to be unreachable,” comments Christophe Piochon, Managing Director of Production and Logistics.

“It is the fastest hyper sports car Bugatti has ever made and is a true testament to the engineering passion, technical expertise and relentless pursuit of performance our brand is synonymous with. We are excited to deliver the first eight units of this record-setting pioneer to our customers, and for them to experience the sheer sensation of speed behind the wheel.”

The sold-out Chiron Super Sport 300+ limited to just 30 vehicles are being built at Bugatti’s headquarters in Molsheim, France, each starting at a net price of 3.5 million euros.