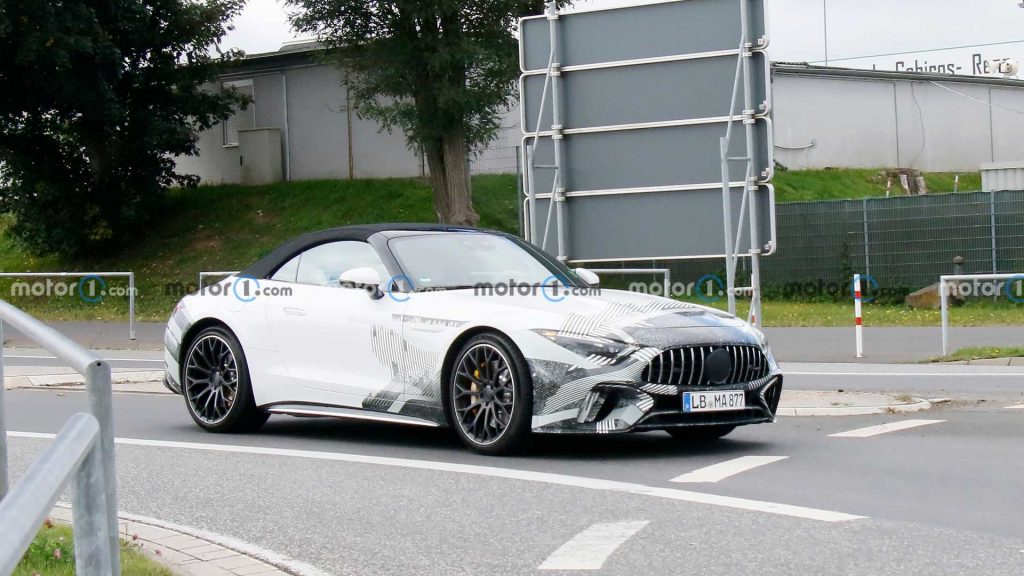 Say hello to the next-gen SL but this time around, it will be a Mercedes-AMG only affair and no regular Mercedes-Benz models will be born.

An official reveal must be right around the corner seeing as these spy shots pretty much show the production-ready prototype near the Nürburgring with almost all of the camouflage gone.

The lights are lightly disguised as well as at the front and rear fascias but other than that, we can pretty much see the whole car. The fabric roof makes a return as the last time it was used was for the R129 generation from 1989 to 2001.

As you can see, this is pretty much an AMG GT Roadster and that is the point as it will be replacing that car.

Rumours suggest we will see a so-called entry-level variant using either a turbocharged four-cylinder or six-cylinder, while the range-topping model is likely to use a plug-in hybrid 4.0-litre twin-turbo V8, shared with the new Mercedes-AMG GT 63 S E Performance. This range-topping offering could deliver as much as 620 kW and 1,400 Nm of torque with as much as 50km electric-only range.

The car is set to be officially unveiled later this year, ahead of its arrival in 2022.