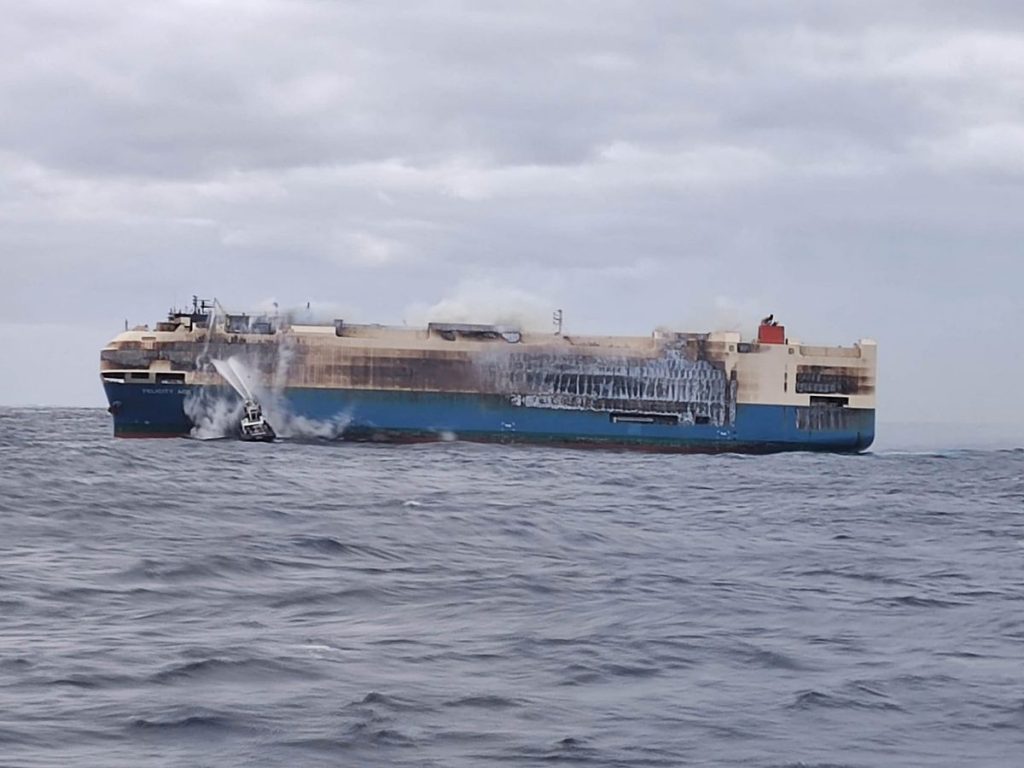 Rough waters forced authorities on Wednesday to postpone a salvage operation for a ship packed with luxury cars that have been on fire for a week in the middle of the Atlantic Ocean, a port official said.

We already knew there were 1000s of Porsches on board and nearly 200 Bentleys but we can now confirm that there were a bunch of Lamborghinis too. Lamborghini of America CEO Andrea Baldi told Automotive News that there were dozens of pre-sold Lamborghinis aboard, mostly the Urus SUV but also some Huracans and Aventadors. Since the only Aventador being built at the moment is the Ultimae, we are looking at losing a limited edition model.

Some of the vehicles are electric, and their lithium-ion batteries made the fire very difficult to extinguish, port officials have said.

This incident is likely to generate at least $155 million in expected losses for Volkswagen, Porsche, Audi and Lamborghini vehicles on board the vessel, the analysis from risk modelling company Russell showed.

The company remarks that an internal email from Volkswagen U.S. reported in German media showed that the ship was carrying 3,965 vehicles of the VW, Porsche, Audi, and Lamborghini brands.