This Carrera GT is number 154 and as the pictures below show, it indeed looks new.
By Zero2TurboMarch 14, 2022Updated:March 14, 2022No Comments
Facebook Email Twitter LinkedIn Telegram WhatsApp 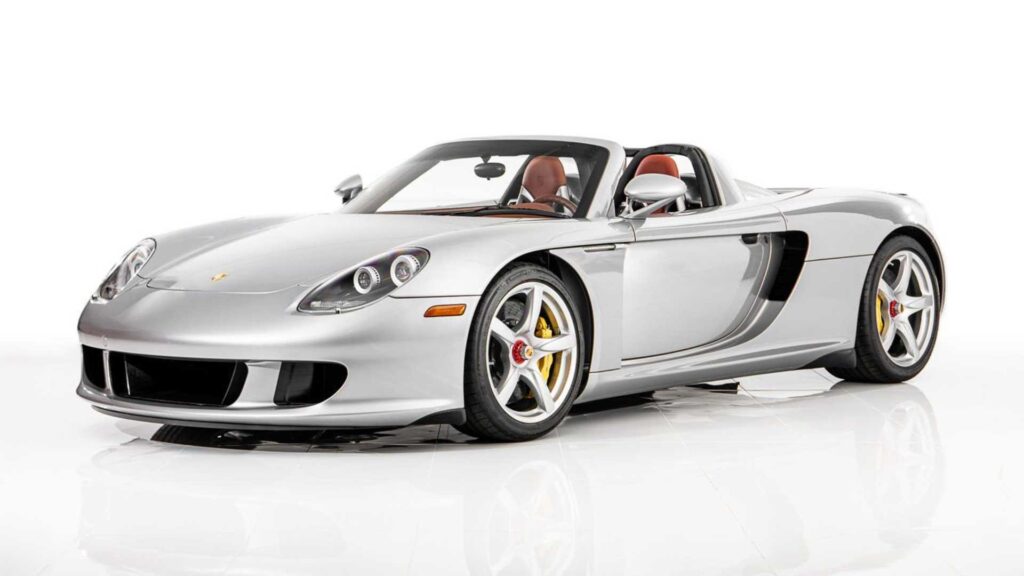 There were only 1,270 Porsche Carrera GTs ever built so finding one for sale is fairly rare but finding the lowest mileage example in the world is a once in a lifetime opportunity.

DuPont Registry recently listed this 2004 model and as the title suggests, the mileage is extremely low. The listing states 27 miles (43 km) which apparently makes it the lowest mileage Carrera GT for sale in the world.

This Carrera GT is number 154 and as the pictures below show, it indeed looks new. It wears a coat of GT Silver Metallic on the exterior, balanced with Terracotta leather inside.

Sure we love hearing about special cars being driven and used in the manner for which they were intended. However, we also hold serious admiration for time capsules like this Carrera GT that are meticulously kept and appreciated as works of art.

Fancy adding this to your collection, you will need $3,500,000 (approx. R53 million) which would comfortably make it the most expensive Carrera GT in the world. The current record holder is a 250-mile example which sold for $2m through a no-reserve Bring a Trailer auction.

Sure, the car has barely been driven but is it really worth $1.5 million more than a comparable car that had just 223 miles more on the odometer? We’re not so sure.

With an initial launch price of about $450,000, the Carrera GT was slow to move out of dealers, especially when you could drive out with a fully loaded 911 for about $150,000. After production stopped, the price of the car dipped a little before hitting rock bottom during the 2008 recession. At that time, many buyers were able to acquire this future classic for between $200,000 and $300,000 – a far cry from today’s prices.