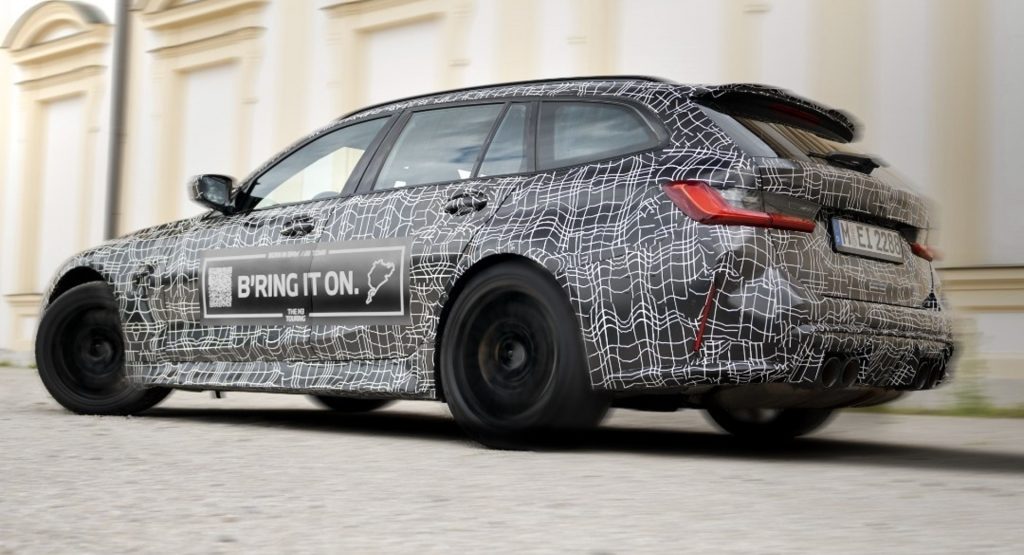 The first-ever BMW M3 Touring will be official come 2022 but that does not mean we can be treated to an official teaser now and then and BMW M are keeping us keenly interested with some recent shots of the M3 Wagon.

Based on the fuel consumption figures from the social media post, the most practical M3 ever will most likely be offered with the most powerful engine, the eight-speed automatic transmission, and AWD, just like the M3 Competition xDrive sedan.

The latest press shots, included here, are not what you would call subtle. It features a lightly camouflaged M3 Touring with a sticker on the side that says B’Ring It On. Next to that, is an outline of the Green Hell. If that is not a statement of intent, we do not know what is.

If BMW does intend to grab the top spot for wagons / estates around the ‘Ring, they would have to beat the Mercedes-AMG E63 S Estate which lapped the circuit in 7:45.19 in 2017.

While there is no confirmation on the reveal date of the M3 Touring, the two-year development period announced in 2020 suggests a market launch in late 2022.

Will it come to South Africa? We can only wait until we hear the official word from the powers that be.