The electric SUV has a significant power advantage but it weighs a lot more than the other two.
By Zero2TurboMarch 9, 2022Updated:March 9, 2022No Comments
Facebook Email Twitter LinkedIn Telegram WhatsApp 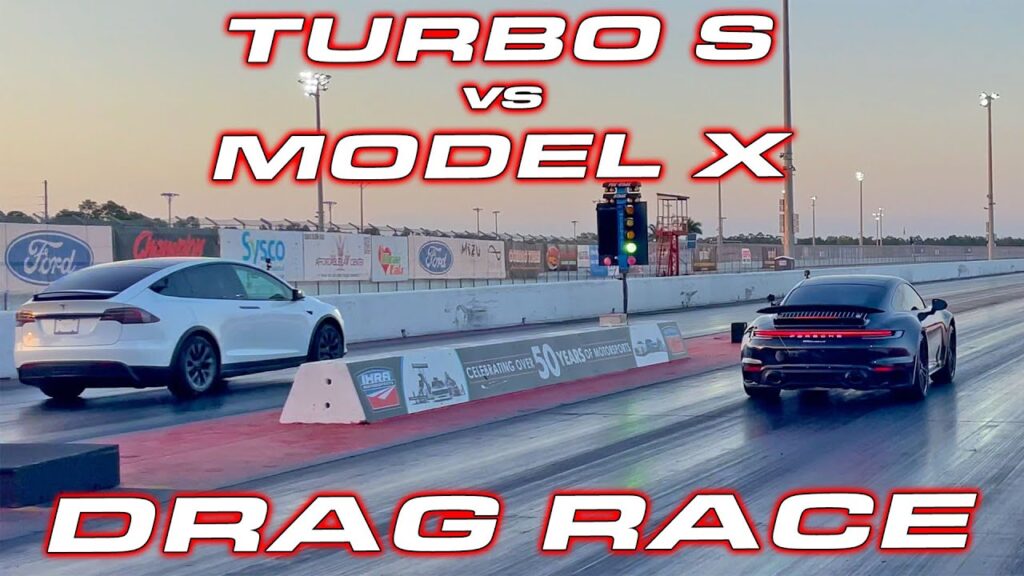 Currently, the Porsche 911 Turbo S (992) is the quickest accelerating Porsche you can buy from the manufacturer.

It packs 640 hp (477 kilowatts) which is sent to all four corners via a lightning-fast eight-speed dual-clutch gearbox. When those wheels don’t slip, the Turbo S can hit 100 km/h (62 mph) in 2.7 seconds and run a 10-second quarter-mile.

The Lamborghini Huracán EVO packs 630 hp (463 kW) from its 5.2-litre naturally-aspirated V10 and also sends that power to all four wheels.

So of course the electric SUV has a significant power advantage but it weighs a lot more than the other two. According to DragTimes, the Tesla weighs in at 5390 lb (2,444 kg) while the Lambo comes in at 3,530 lb (1,601 kg) which means they have almost identical power to weight ratios.

As the title suggests, the Model X Plaid goes for a walk on the strip against these high-powered internal combustion beasts and embarrasses them both.