Pricing and availability will be released closer to the local launch.
By Zero2TurboMay 18, 2022Updated:May 18, 2022No Comments
Facebook Email Twitter LinkedIn Telegram WhatsApp 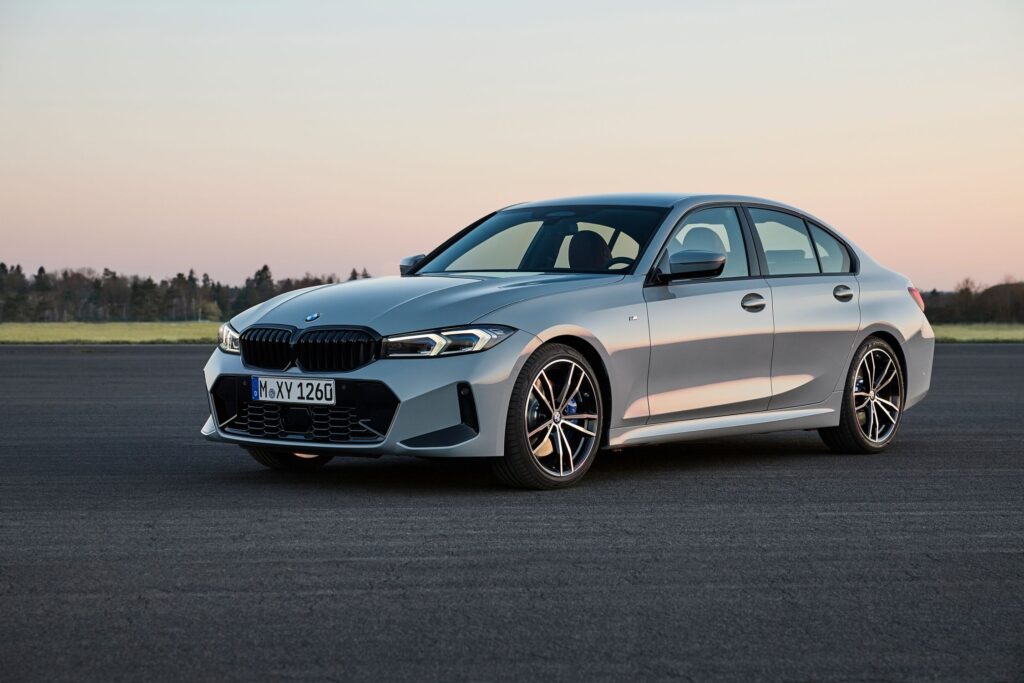 The BMW 3 Series is massively important in BMW’s lineup and now there is a refreshed model for 2023 offering a few changes on the outside offset by a substantial interior update.

On the outside, you will notice a couple of styling changes. The lower grille at the front is larger and the corner vents are redesigned with a distinctive L shape, which is mirrored in the LED elements of the new headlights. The notches on the bottom of the lights have been removed while the kidney grille is a bit wider, and the overall result is a cleaner face versus the outgoing model.

At the rear, there is not much to talk about in terms of changes. The lights retain their shape but are a little slimmer. The rear incorporates more L shapes with vertically-oriented reflectors set into black housings. They taper downward, meeting at the base with exhaust outlets on each side. Other exterior touches include special retro-style BMW Motorsport roundels on the hood, trunk, and wheel caps for M340i models, honouring the 50th anniversary of BMW M.

The big change for this LCI comes inside with a full dash overhaul. The new 3 Series now comes with a large curved display that blends the driver instrument panel with the centre infotainment screen. Along with the snazzy new greenhouse comes more tech, specifically with the sedan’s iDrive system now running OS 8.

For the Touring fans in South Africa, sorry but it still will not be offered locally.

Pricing and availability will be released closer to the local launch.