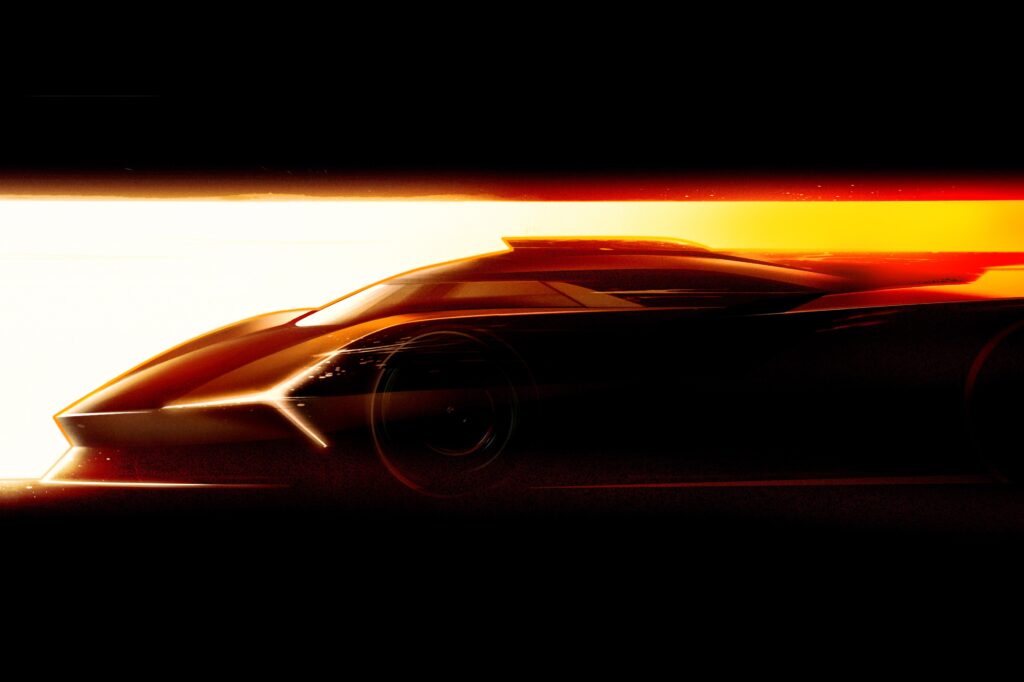 We love hearing major manufacturers getting exciting about racing and now the latest to join the new motorsport category debuting in 2023 is none other than Lamborghini.

They have given us our first teaser of their LMDh prototype with a single preview image and an official statement announcing Lambo’s prototype racing program.

For those who don’t know, LMDh stands for Le Mans Daytona hybrid and is the name of the new motorsport category debuting in 2023. This category allows automakers to compete in both the FIA World Endurance Championship and the IMSA WeatherTech Sports Car Championship in the highest class, and companies like BMW, Toyota, Peugeot, and Porsche have already announced their participation.

“This step up into the highest echelon of sports car racing marks an important milestone for our company,” Stephan Winkelmann, Lamborghini CEO, comments. “We will be measuring ourselves against the very best, on the most demanding proving grounds. On one hand, this will give our successful motorsports program even more visibility, but it will also allow us to test future technologies: our LMDh prototypes will become our most sophisticated open laboratory on four wheels.”

At this stage, it is not yet known what will be powering the racing Bull but we should find out closer to the full reveal which Lamborghini estimates to be some time in 2024.