At the heart of the wild build is a twin-turbo, flat-six 4.0-litre engine.
By Zero2TurboMay 17, 2022Updated:May 17, 2022No Comments
Facebook Email Twitter LinkedIn Telegram WhatsApp 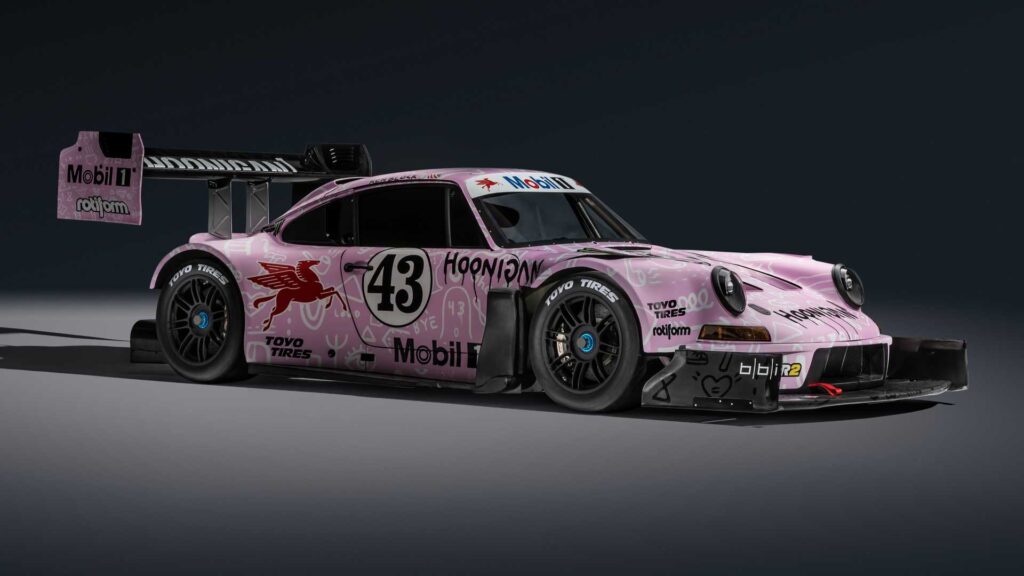 Ken Block has parted ways with Ford after an 11-year stint with the brand and linked up with Audi last year.

It seems Audi has allowed the driver to dip into the group as his latest car doesn’t have the fabled Four Rings.

The insane-looking one-off has been called the ‘Hoonipigasus’ and for those who don’t know, it is sporting a special livery harkening back to the 1971 Porsche 917/20 “Pink Pig”.

At the heart of the wild build is a twin-turbo, flat-six 4.0-litre engine producing a serious 1,400 horsepower. All that punch is sent to both axles in a tailor-made race car that weighs only 1,000 kg (2,204 pounds).

The special build was completed by BBi Autosport and has been engineered with a height-adjustable suspension that uses GPS coordinates based on last year’s Pikes Peak telemetry.

So yes, we will see the Hoonipigasus taking part in the iconic ‘Race to the Clouds’ on the 26th of June in the PPO (Piles Peak Open) class.

This year’s event is the 100th running of the Pikes Peak International Hill Climb but it is just Ken’s second go at it after he used a Group N rally car with a measly 200 hp back in 2005 during his first year in racing.