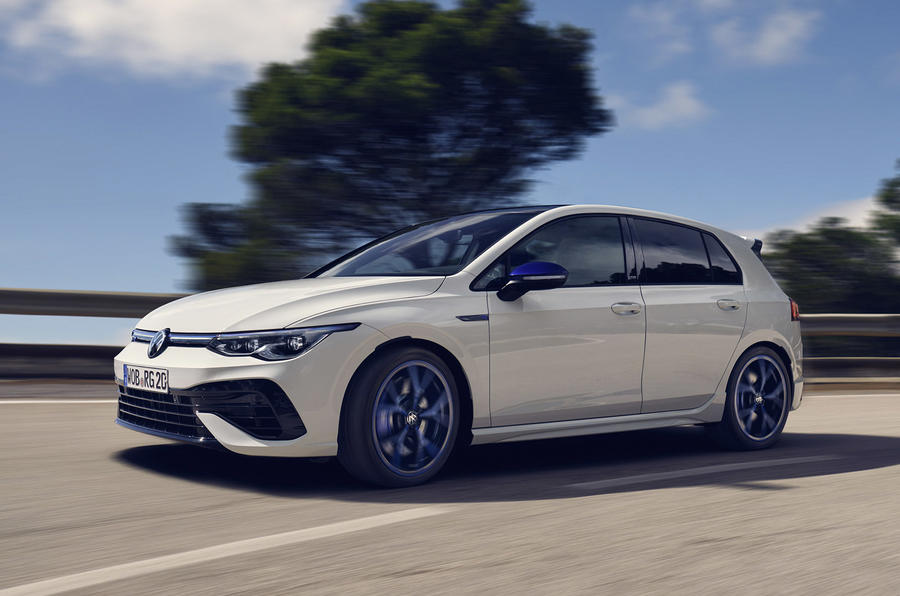 Volkswagen has decided to build a new Golf R to celebrate 20 years of the Volkswagen R performance division and it has now become the most powerful version of the Golf ever put into production.

Volkswagen has even gone so far as to integrate a raft of new design and technical features, including a new Emotional Start function that revs the engine up to 2500 rpm on start-up, which it says “heightens the anticipation of a typical R driving experience”.

If you find yourself driving in S or S+ mode. the gearbox has been tinkered with to give “noticeable” feedback when shifting up, while the turbocharger has been reconfigured to run at a constant speed under partial throttle, which then makes for quicker acceleration on kick-down.

This model comes standard with R-Performance pack which includes a rear spoiler on the roof, R-Performance Torque Vectoring and extra driving modes with Special and Drift settings.

Cosmetically you will find R logos on the grille, fenders, and hatchback. The mirror caps are blue unless customers order the vehicle in that colour because then they are black. A “20” badge is on the B-pillar and is the image for the puddle lights. The hot hatch rides on 19-inch wheels with a two-tone black and blue colour scheme, or buyers can specify them entirely in black.

Hop inside and you will find Nappa leather-covered sports seats as well as dashboard and door panels finished in carbon fibre – a first for Volkswagen.

The Golf R 20 Years will be built as a limited-edition model until the middle of 2023, but Volkswagen has yet to confirm production numbers.