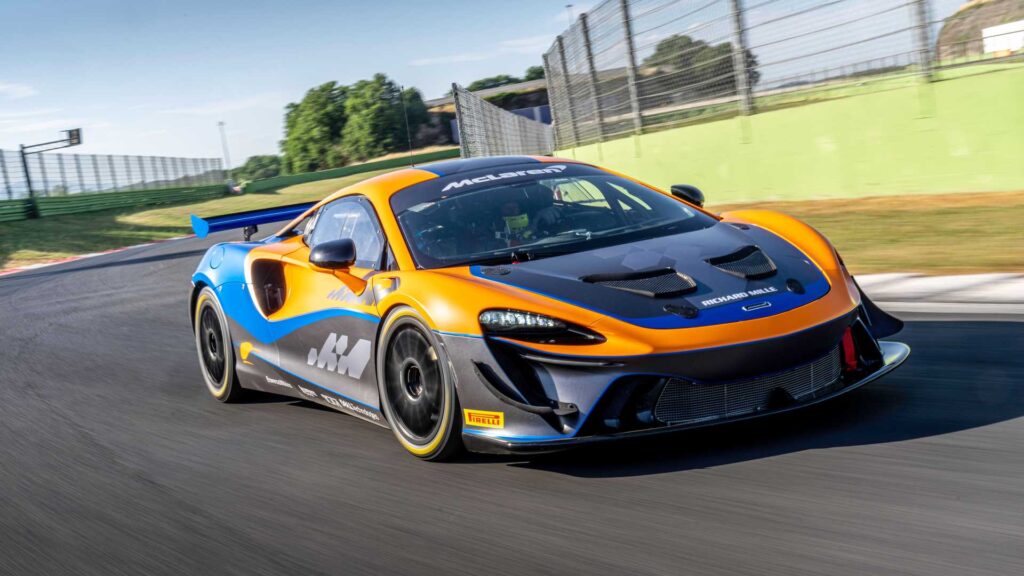 McLaren has always focused on keeping weight to a minimum to maximise the performance of their cars and this is still applied with their Artura which packs an intricate plug-in hybrid powertrain.

Today they took the covers off the race car equivalent known as the McLaren Artura GT4 and it has gone on a diet to the tune of 130 kg (287 lbs).

GT4 regulations do not allow hybrids so the race car has scrapped that part of the system and runs on the V6 unit alone which is powerful enough to make the track-only machine competitive. The battery pack fitted to the road car has now made way for the 110-litre fuel cell and ancillary drive system.

The GT4 variant also replaces the eight-speed automatic found in the road car with a different seven-speed gearbox. It gets shorter gear ratios than its predecessor along with a rear-mounted mechanical limited-slip differential while reducing brake wear at the back.

Naturally, it sports some significant aerodynamic upgrades including a bespoke front splitter and a new rear wing with seven levels of adjustability to fit various types of tracks.

The McLaren Artura GT4 will celebrate its public debut on June 23 at the Goodwood Festival of Speed in Sussex.