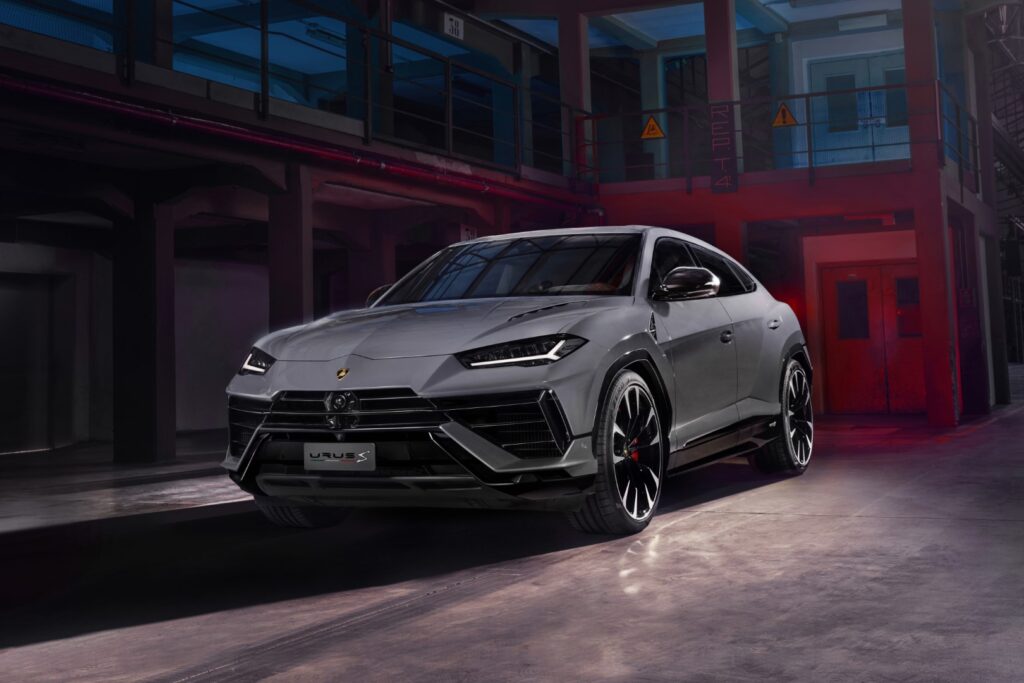 The Lamborghini Urus has been a massive hit so it came as no surprise that a facelift was introduced earlier this year. This was the hardcore Urus Performante variant but now there is a second, less hardcore offering dubbed the Urus S.

Visual tweaks appear to have been modelled after the Performante and although we can see the Performante’s new front-end design with a more angular bumper, the larger splitter isn’t seen on the Urus S.

There’s also a new bonnet, but unlike the Performante it isn’t carbon fibre, although it does get the same matte black air vents. You can also specify it to be painted to look like carbon fibre.

Towards the rear, we can see further influence from the Performante with a new rear bumper style and air ducts, although the Performante’s rear spoiler hasn’t been carried over. A new quad-exit exhaust system can be had in brushed steel, matte black or shiny black.

With the mid-cycle update, Lamborghini is making its best-selling product more customizable, including matte titanium 22-inch wheels and a diamond bronze 23-inch set.

Inside of the Urus hasn’t changed much, with the same 10.1-inch infotainment display unit and an 8.6-inch configurable touchscreen display being offered. There are new interior colours to be specified with the Bicolor Sportivo and Bi-color Sophisticated options, however.

Lamborghini
Share. Facebook Email Twitter LinkedIn WhatsApp Telegram
Previous ArticleWhen To Repair Your Car Yourself—and When To Get An Extended Warranty
Next Article Being a Digital Nomad – The Modern Workplace is Getting Redefined