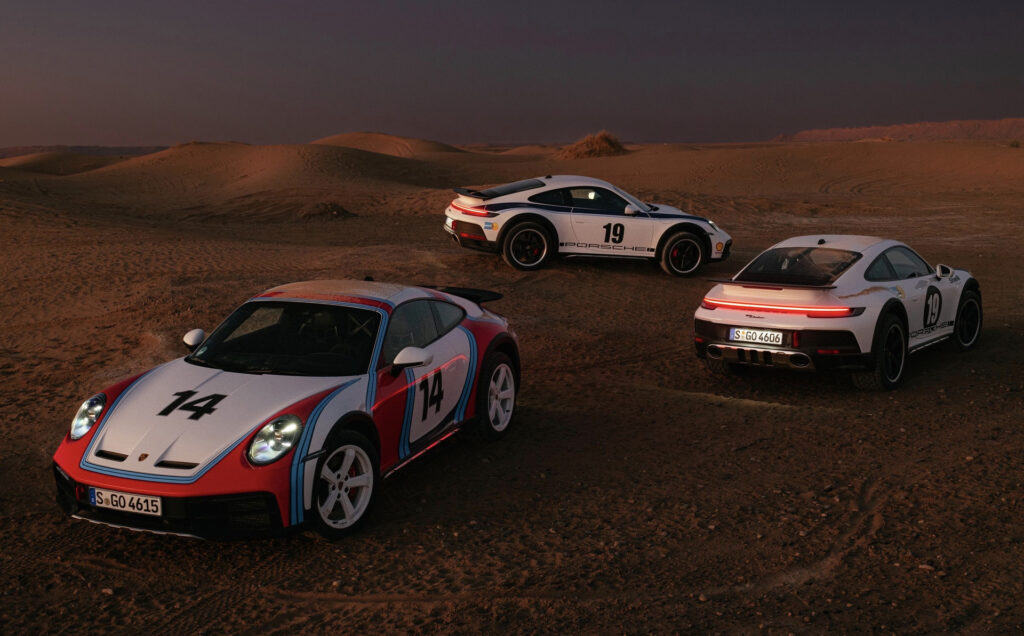 If you happen to purchase one of the 2,500 high-riding Porsche 911 Dakar then you now have the chance to ‘dress it up’ in one of a handful of liveries inspired by designs used on Porsche rally cars that competed in events like the East African Safari Rally and Dakar Rally in the 1970s and 1980s.

We saw the first offering from launch called the Rallye Design Package which imitates the popular Rothmans livery worn by the 953 rally cars in the Dakar Rally in the 1980s. This package adds a whopping R630,000 to the total cost of the 911 due to the elaborate paint process the livery application requires.

If that is a bit too much to swallow then you can now choose from three other liveries available as wraps at a fraction of the cost. These three reprise the look of Porsche‘s entrants in 1971, 1974, and 1978 East African Safari Rallies.

The wraps are available via the Porsche Exclusive Manufaktur personalization department. The Rallye 1971 and Rallye 1974 wraps can also be ordered post-sale via Porsche Tequipment at Porsche Centers.