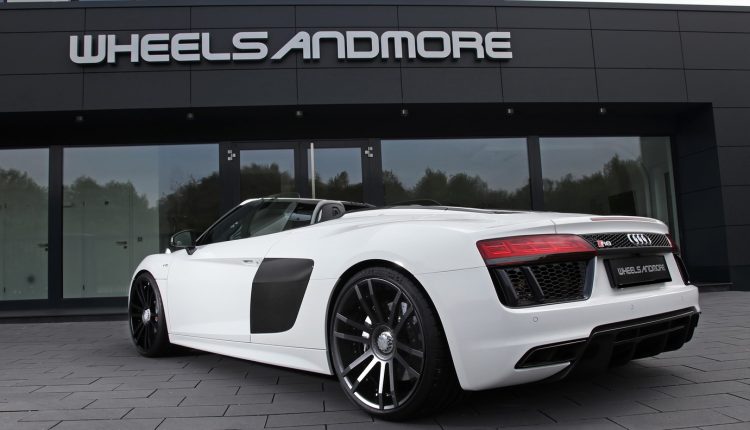 Ever looked at the Audi RS6, RS7 or even the R8 Spyder and thought they needed more power? We certainly haven’t but for the team at Wheelsandmore (WAM) they decided to give them a healthy dose of steroids.

For the RS6 and RS7, they took the twin-turbocharged 4.0-litre V8 from 552 horses and 700 Nm of torque to a whopping 808 hp and 980 Nm. They achieved this by modifying the turbos, adding new sports catalysts, fiddling with the ECU and fitted a hand-made exhaust with remote-controlled flaps. 100 km/h sprint times have not been provided but the top speed has increased to 344 km/h.

As WAM does they fitted both models with a new set of rims. Both received 22-inch 6Sporz multi-part alloy wheels, made in-house by the tuning company.

If this is not exotic enough, you can take your new R8 Spyder to them for the same treatment. They will take the 5.2-litre V10 all the way to 788 horsepower and 810 Nm of torque which should give most supercars a spanking at the robots. 0 to 100 km/h takes just 2.6 seconds and will reach 200 km/h in 8.5 seconds.

The supercar was also fitted with a set of 20 and 21 inch front and rear wheels respectively along with an adjustable suspension system which brings the beast closer to the ground.