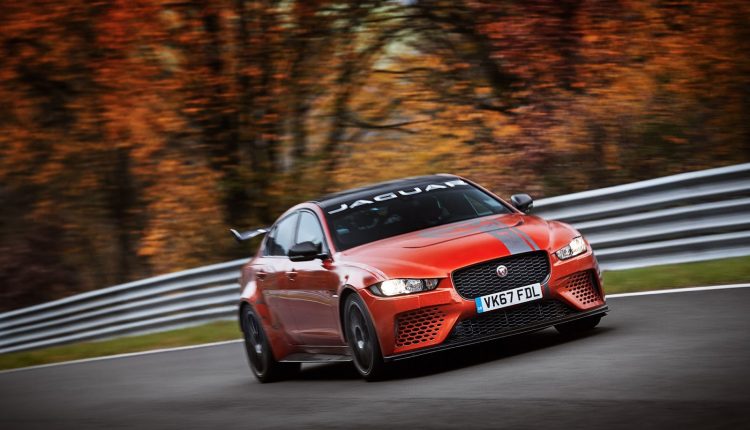 Back in October, the Jaguar development drivers were seen on the ring pushing their most powerful road-going car to the limits in an objective to grab a new lap record. Well we can now confirm that they have indeed grabbed a new record for the fastest four-door production car to lap the infamous circuit.

Developed by the JLR SVO (Special Vehicle Operations) division, the Project 8 managed to lap the track in 7:21.23 which thrashes the Alfa Romeo Giulia Quadrifoglio (the previous record holder) by a whopping 11 seconds. It is even a fraction faster than the twin-turbo Ferrari 488 GTB (7:21.63).

Only 300 Project 8’s, all left-hand drive, will be produced; more than 100 had already been snapped up before the car was revealed at the Goodwood Festival of Speed in the summer. As well as being one of the most powerful Jag’s ever produced, the Project 8 is also one of the most expensive, priced at £149,995.