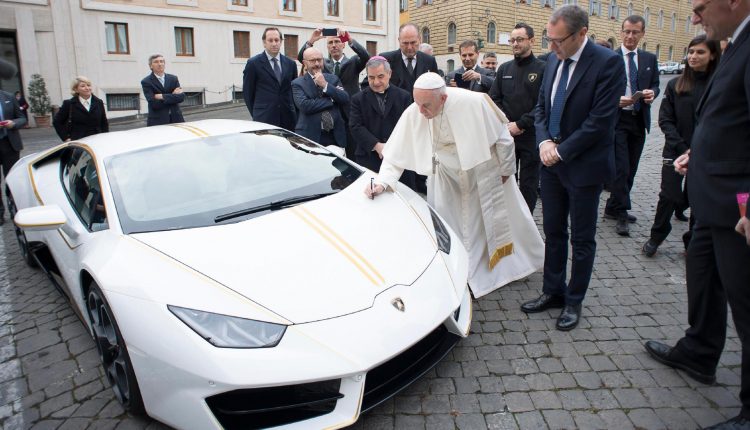 Lamborghini has just given a very neat one-off Huracan to Pope Francis as a gift but he is not going to be keeping it.

It was created by the manufacturers bespoke division called Ad Personam and it has been painted in ‘Bianco Moncerus’ white, with ‘Giallo Tiberino’ highlights the inspiration from the colours of the Vatican City’s flag.

The RWD raging bull is not a replacement for the Pope’s bulletproof Mercedes-Benz M-Class popemobile but a gift to help raise money for charity.

Accepting the gift himself, the Pope avoided the temptation to take ‘his’ Huracan for a quick blast around the Roman streets but instead, he signed its unique paint before blessing the V10 coupe during a short ceremony attended by Lamborghini dignitary.

The “holy Huracan” will now be placed safely in storage before being auctioned off by RM Sotheby’s on 12th of May next year. 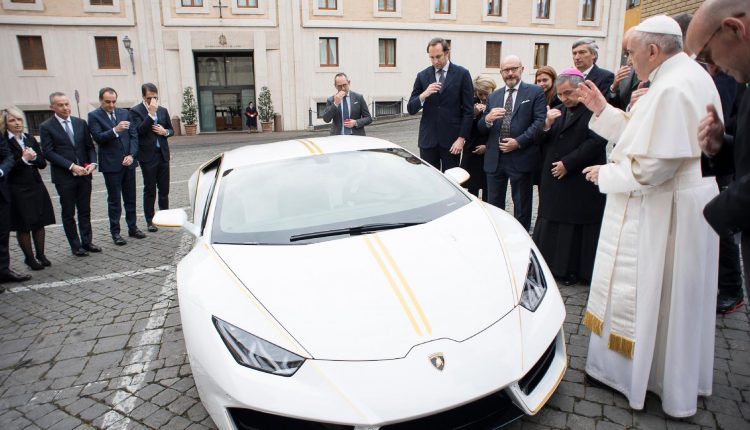 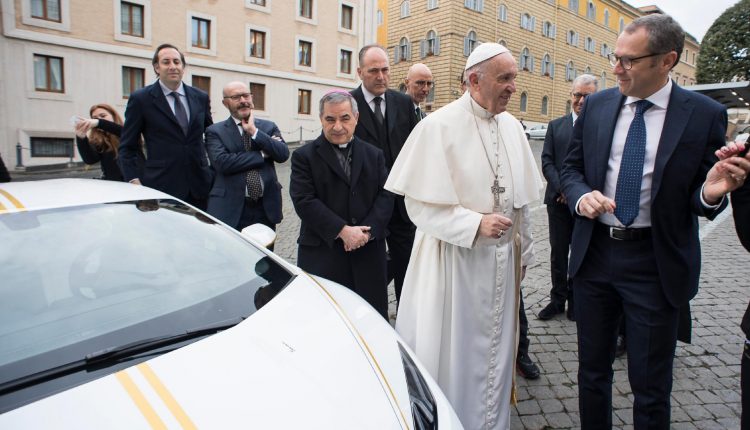