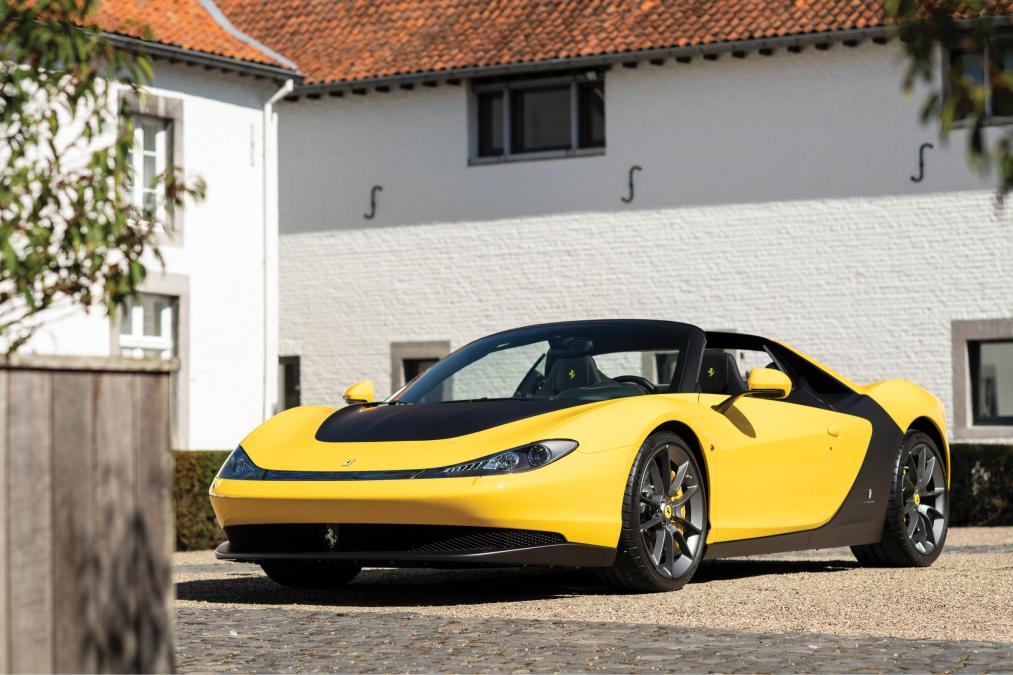 Back in 2015, the Ferrari Sergio was unveiled at the Geneva Motor Show with a price tag of around £2m and a production run of just six units.

Now the chance to own one is just around the corner as this example is about to hit the auction block at RM Sotheby’s Monaco sale in May. There is a catch though as this very rare prancing horse will ask the better part of £3m to add it to your collection.

This yellow Sergio was the unit built for Aluko Kolawole, a Nigerian oil magnate, and has just 200km on the clock which makes it practically brand new.

As a reminder, the Sergio was based on the 458 Spider but used the uprated version of the 4.5-litre V8 from the 458 Speciale, with 597 horses. As a result, it stands as the most powerful naturally-aspirated V8 Ferrari ever made, and the turn to turbo-charging with the 488 GTB means it’s a record that may never be beaten.