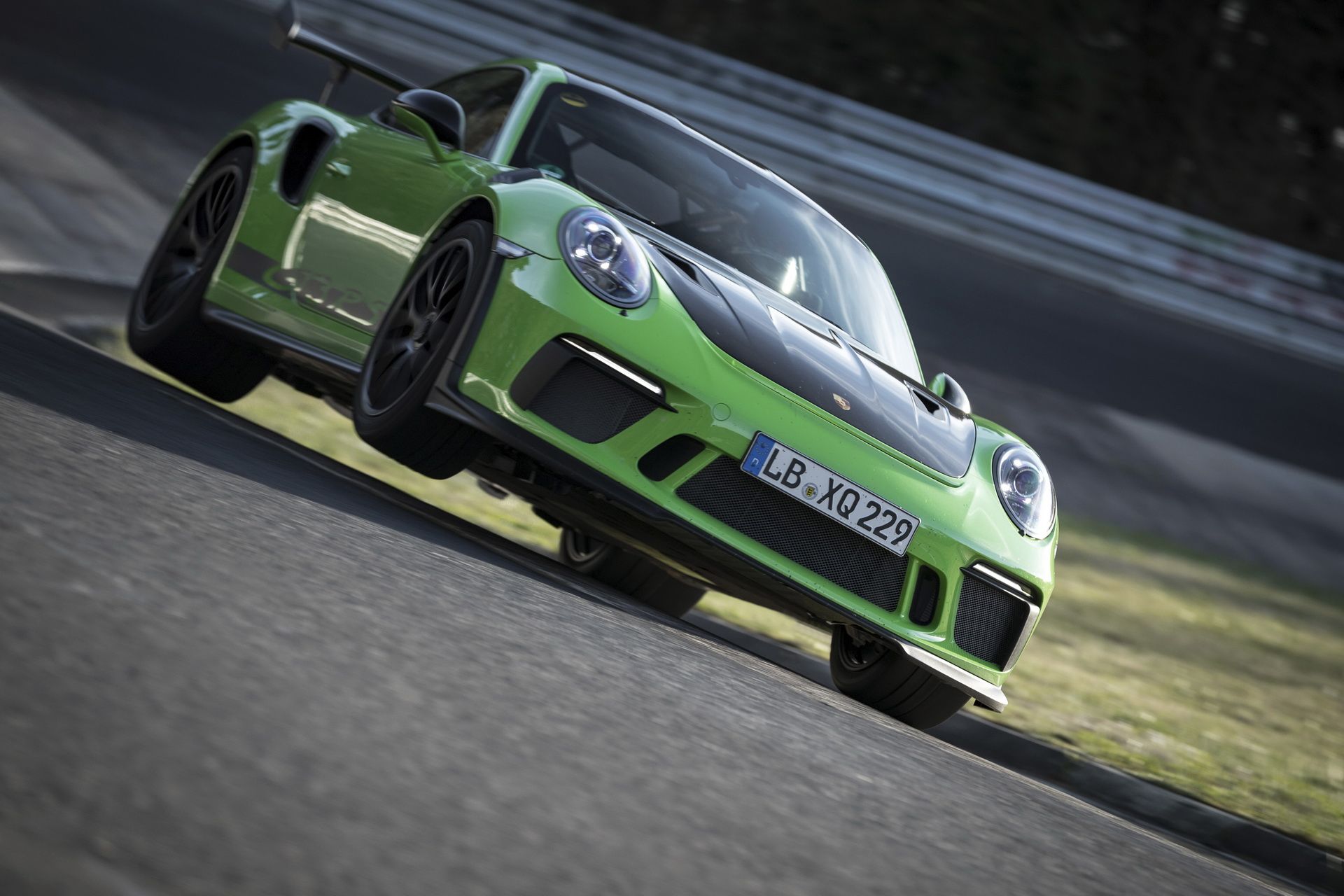 Earlier this week the rumors were rife about a sub 7 minute Nurburgring lap from the 991.2 GT3 RS and now we have the official confirmation from the manufacturer and a video to prove it.

The 6:56.4 minute time was set by Porsche works driver Kevin Estre, who shared the wheel with development driver Lars Kern. The new 911 GT3 RS now joins the 918 Spyder and 911 GT2 RS as the third production Porsche with a notarized lap time of under 7 seconds at the Nordschleife. 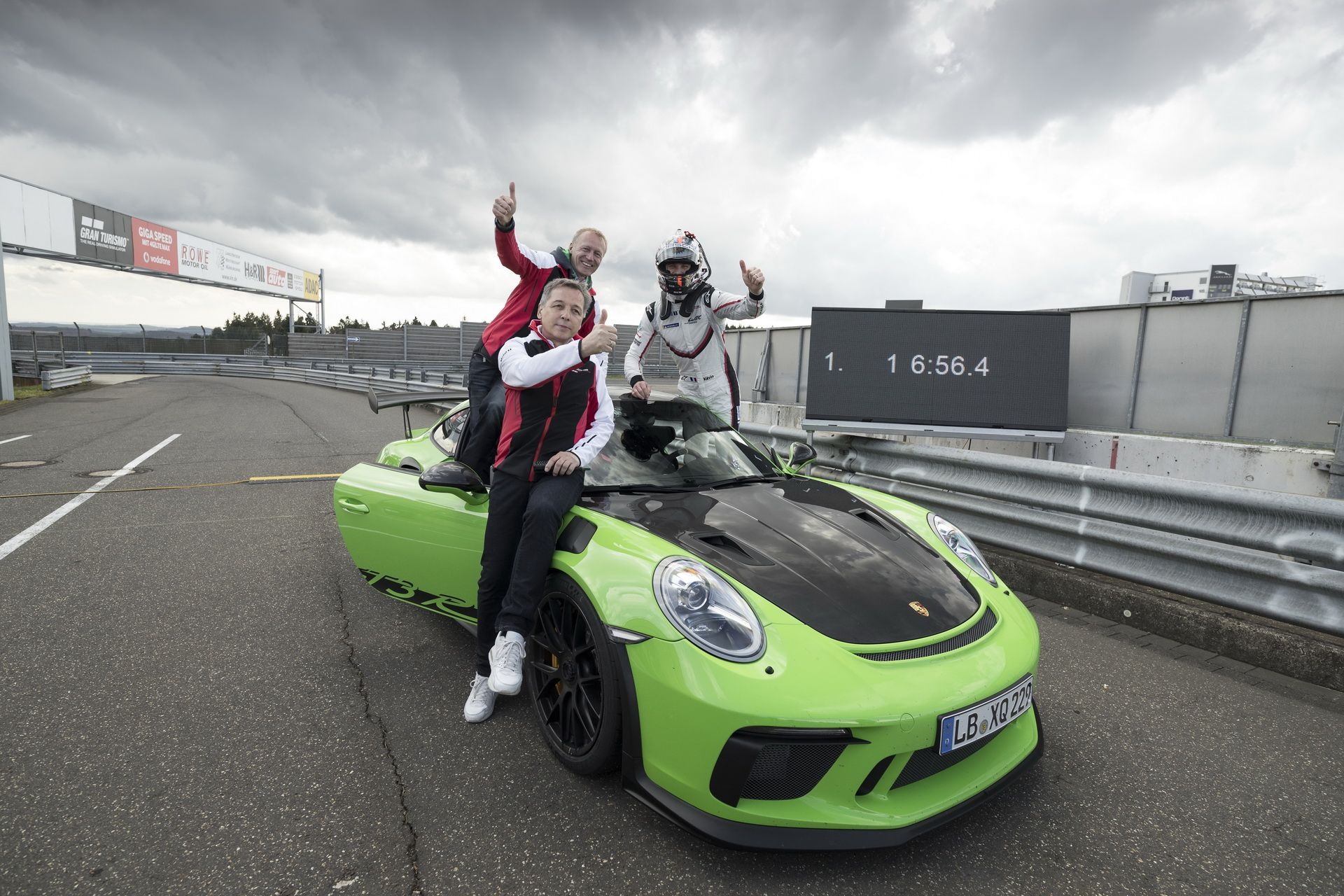 “No other Porsche model gets as close to racing as the new GT3 RS. Many innovative ideas from top-level motorsport were transferred; for example, from the 911 GT3 R. This is what our philosophy for GT models is about: Highest technology must be fascinating but tangible. In this regard there is no harder test for our ideas than the Nordschleife,” stated Porsche’s VP of motorsport and GT cars, Frank Steffen Walliser.

The lap setting car was sporting the latest generation of Michelin Pilot Sport tires, the Cup 2 R – optimized especially for track day use.