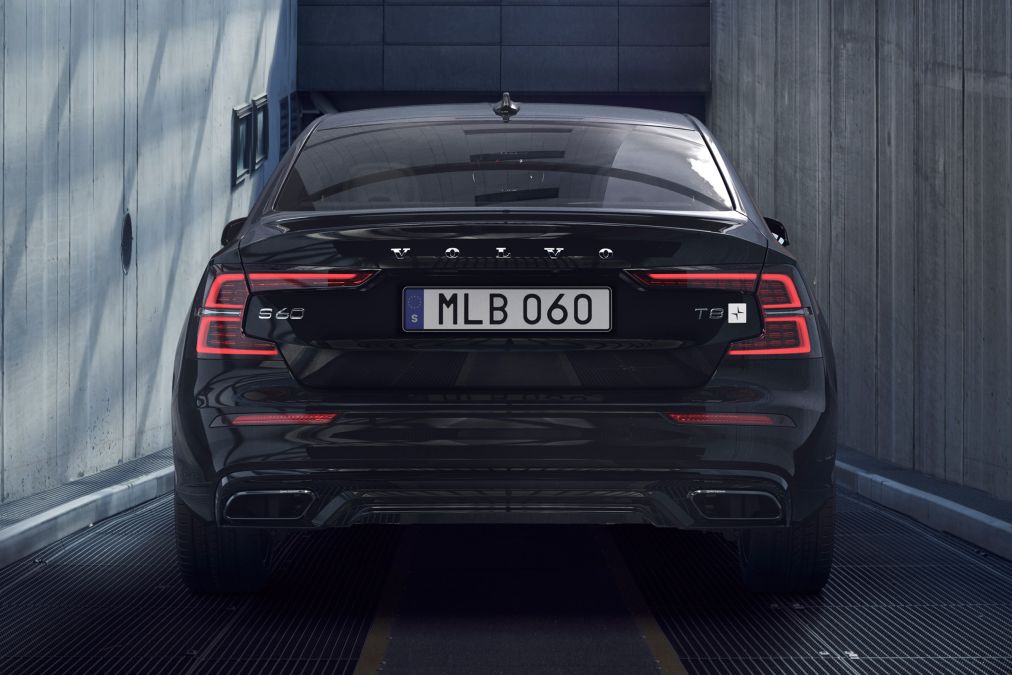 Volvo have just taken covers off the new S60 sedan and we already have confirmation the Swedish automaker will be equipping the range with a hot ‘Polestar Engineered’ version for a more accurate aim at the more established German rivals.

Basing its compact executive saloon on the V60 estate, Volvo has opted for a three-box shape for the S60, this happens in a world where saloons are moving to the opposite direction. The perks of this traditional boxy shape are best enjoyed at the back where the new S60 will offer plenty of headroom. However, like the rest of Volvo’s current offerings, the S60 packs a sleek, sophisticated and modern design language with some sharp detailing.

The cabin also features a stylish design language that’s well in tune with the latest Volvos; it hosts sophisticated shaping and surfacing that represent proper build quality, materials and workmanship. The news thus far may be quite pleasing to Volvo fans, but there’s one aspect of the S60 that isn’t really Volvo-like: there won’t be any diesel variants.

While the absence of a diesel engine may not really upset Volvo fans, it does make the S60 vulnerable to attack from its German rivals. The upshot is that Volvo is substituting the diesel for a hybrid powertrain. Appropriately enough, the new S60 saloon will be built in the USA – a country well known for its lack of enthusiasm for diesels.

The Volvo S60 will initially be produced exclusively for the Chinese and US market, those beyond these borders will have to be patient. The UK market for instance, will have to wait until May next year. But cheer up; the new girl might just be worth the wait. The new S60 is set to arrive with four turbocharged petrol engines of which two will feature plug-in hybrid systems. The range will consist of a T4 and T5 petrol variants which will be front-wheel drives, while the T6 and T8 Twin-Engine will pack the hybrid drive trains and all-wheel drive systems.

As recently reported, the new Volvo S60 will be the first vehicle of the Swedish brand to take advantage of the ‘Polestar Engineered’ tech with a Polestar-tuned T8 topping the range with a combined power output of 408 hp (304 kW). These numbers may not be a threat to the likes of BMW’s M3, Mercedes C63 AMG and the Audi RS5, but that’s hardly the league Volvo is looking to join just yet.

It is quite a different story however for lesser rivals such as the BMW 340i M Sport, Mercedes C43 and Audi S5. Looking at power figures alone, the Volvo does pose as a hazard. Moreover, according to Volvo CEO Hakan Samuelsson, the new S60 promises to be “one of the most exciting Volvo cars” ever made, using words like “a true driver’s car”.

It is no doubt that the new Volvo S60 promises to be one capable rival in the compact executive, but it will also be interesting to see how it will fend against the more popular Germans. Further details such as pricing are yet to be released.