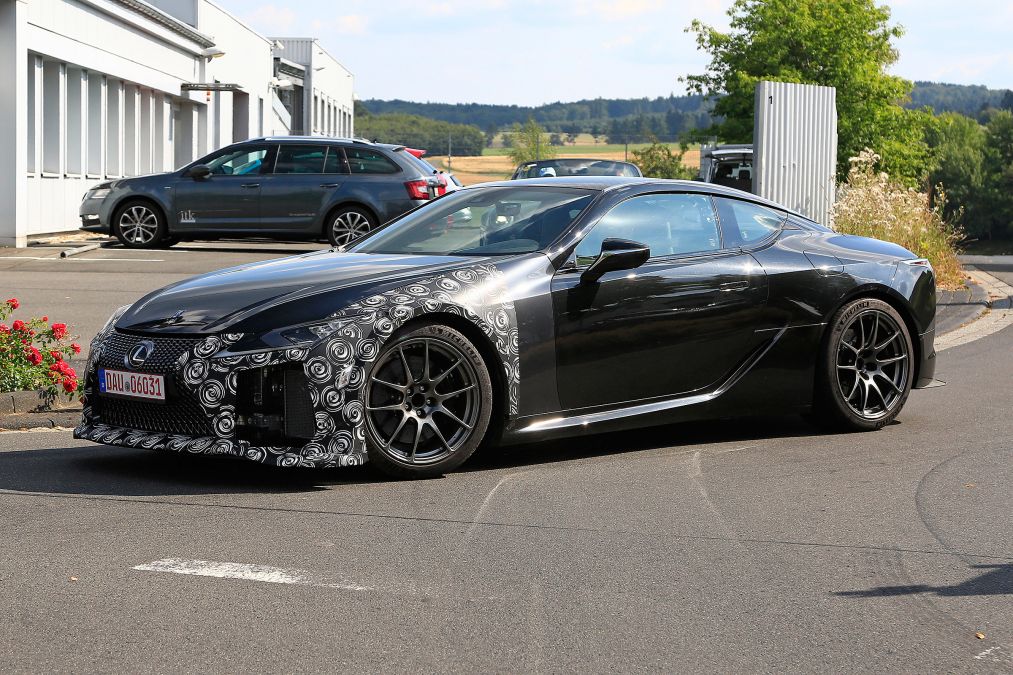 Judging by these spy shots, Lexus’ LC range is about to get faster with a flagship LC F to take aim at the likes of Aston’s DB11.

The Lexus LC is already a captivating style but the spy shots of the F version show visible asymmetric coolers embedded inside the front bumper on either side of the spindle grille. While this may not confirm what engine will sit under the bonnet, it does infer the need for extra cooling, something that usually goes hand in hand with more powerful units. At the rear, further evidence that the LC is likely to adopt the F nomenclature comes in the shape of the stacked rear exhausts – a distinctive styling feature used on all Lexus F models.

The current rumours mention a new twin-turbocharged 4-litre V8 being developed by Lexus, and it would make sense for it to be used in this variant. Currently, the LC coupe is available in both naturally aspirated V8 and V6 hybrid form, but both sit significantly under the 500 hp mark. Sources have suggested the new power unit could produce over 600 hp, with an equally potent torque figure finally giving the LC Coupe the sort of performance its otherworldly looks imply. 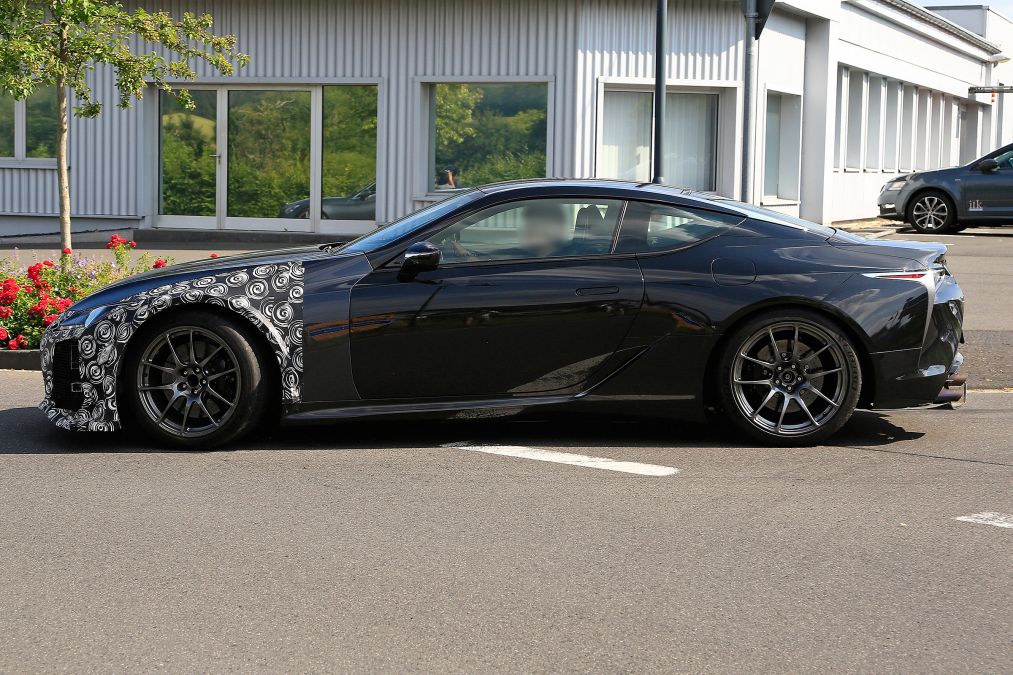 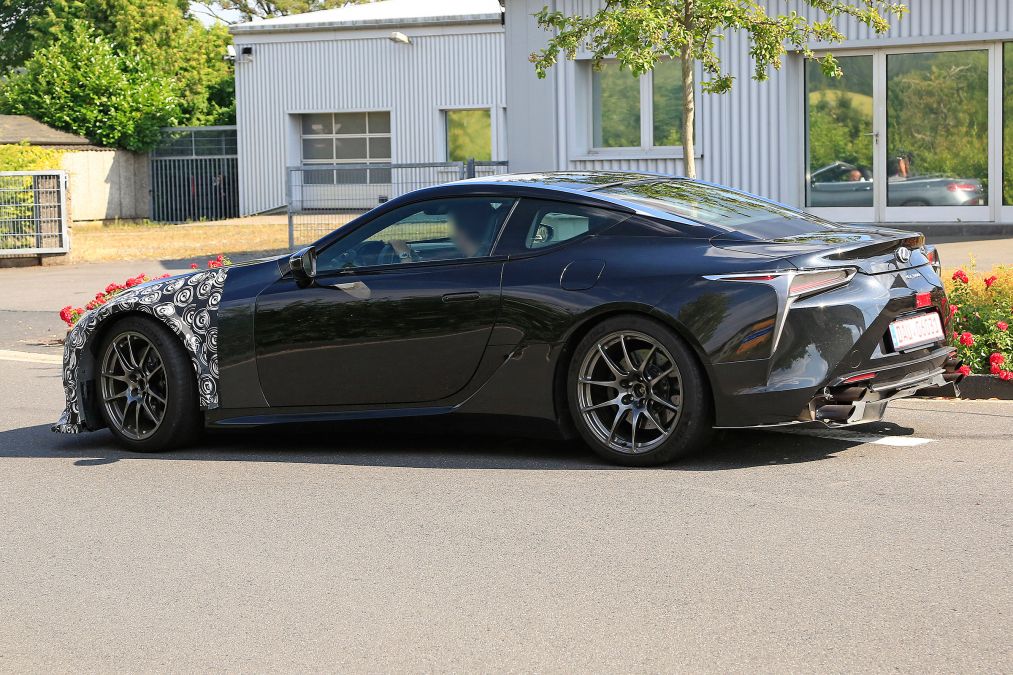 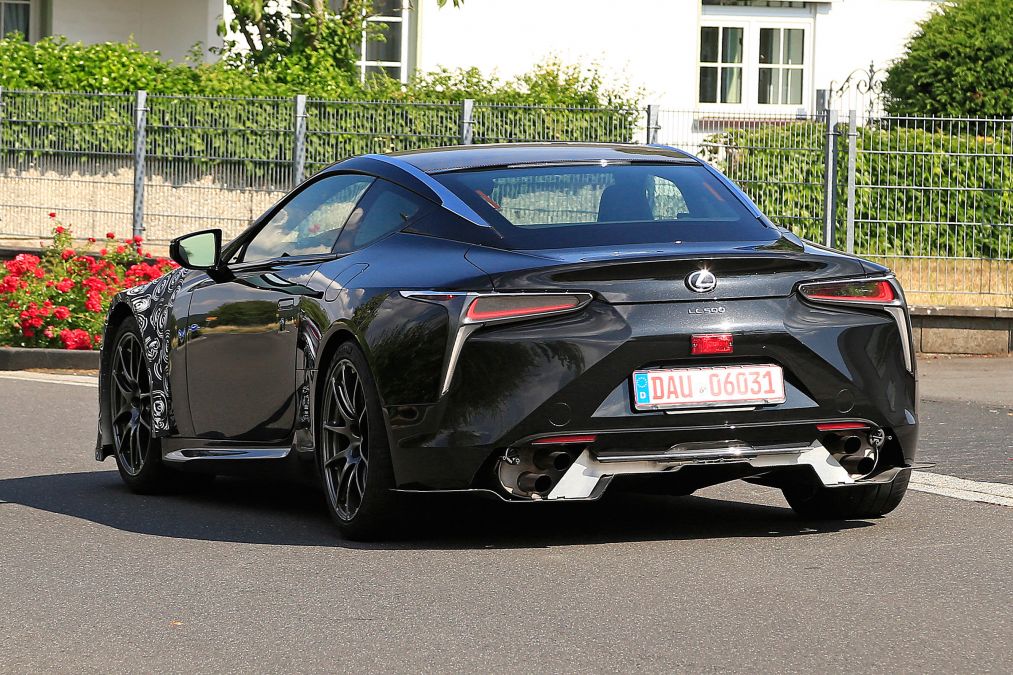