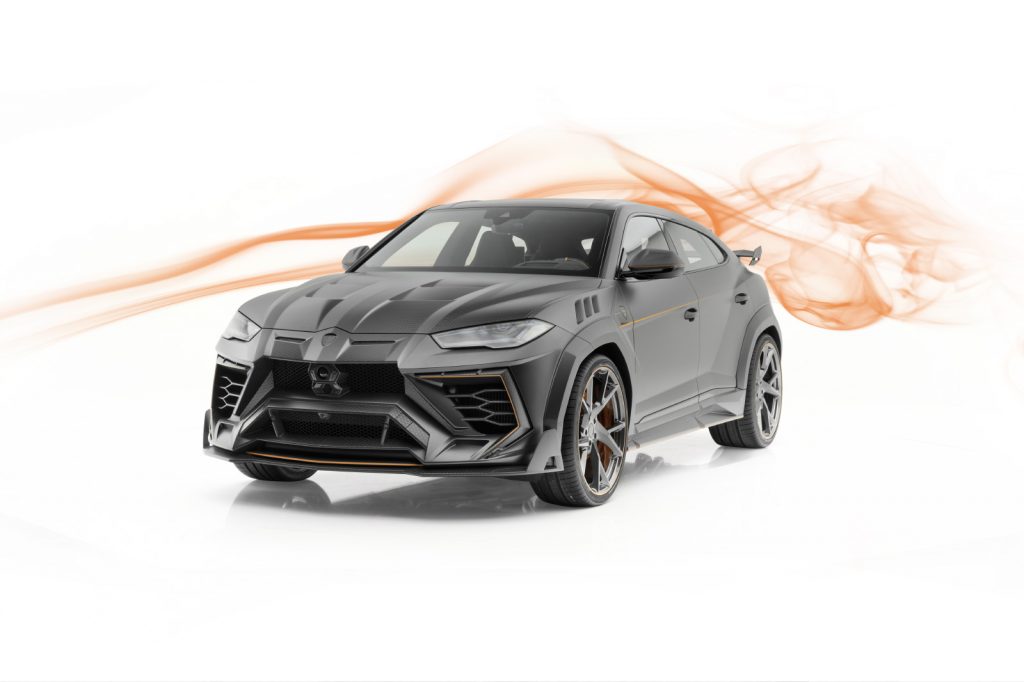 Mansory are bringing some serious heat to the Geneva Motor Show this year and one of them is the ridiculously quick Lamborghini Urus SUV.

It is called the Mansory Venatus and they gave it a comprehensive rework at both the front and rear to create something which looks even more aggressive than the standard model.

The new parts are made from the tuners stealth carbon fibre weave so lets start with the front. The front bumper is entirely new, the front air intakes are new, the bonnet gets a redesign with four new vents and a set of three fender vents either side.

At the back there is a new rear wing which sits atop the rear window, complemented by two further rear wings, a boot mounted fixed unit and a boot lid spoiler. The rear bumper design is new and the rear diffuser encases the central exhaust pipes.

The engine has not been tinkered with for now but Mansory did fit it with a set of 24-inch Yavin design wheels which use narrow spokes to increase ventilation of the brakes.

Inside, the changes are less extreme as they fitted a new aluminium pedal set and a redesigned steering wheel. Floor mats and carbon fibre inserts are also visible.