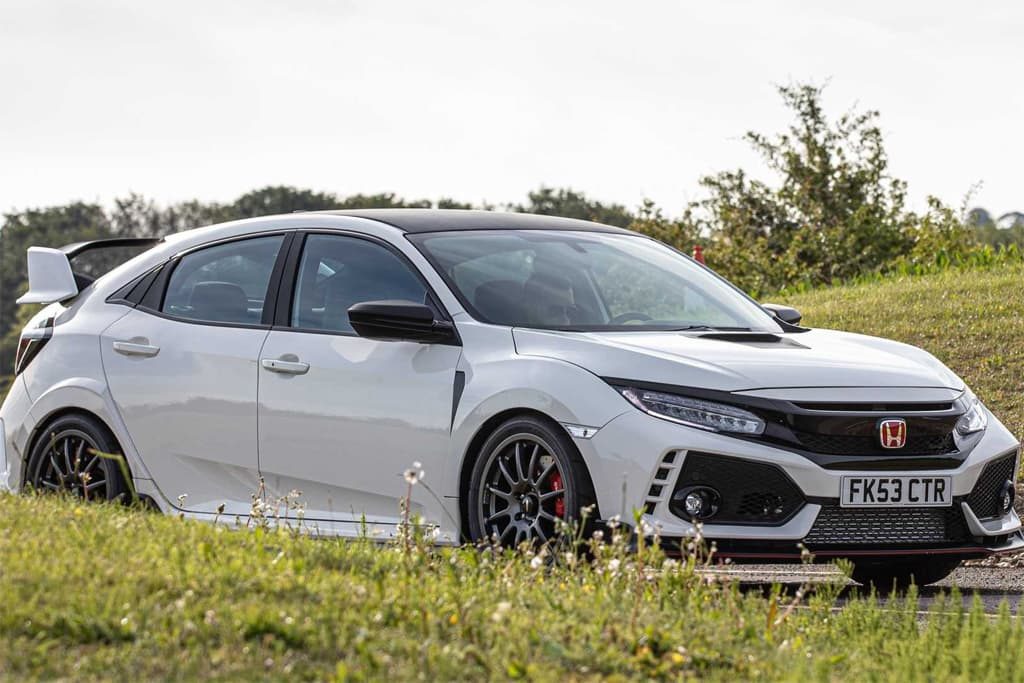 The Honda Civic Type R is one of the most complete hot hatches available on the market. It certainly doesn’t need to prove its worth since it has been holding the lap record at the Nürburgring for FWD cars until very recently. What if you would like something a bit more rugged, though? Luckily, Ralph Hosier Engineering has the perfect solution for you with a car called the Civic Type R OveRland.

This Civic is a more rally-spec vehicle thanks to a couple of subtle yet very effective modifications. One of the most notable features are the new 18-inch wheels fitted with 255/55 BF Goodrich tyres. Some changes have been done to the body as well with a new body kit resulting in some more prominent wheel arches and front apron. The rear hatch has also been fettled with to make sure it can accompany the new, bigger rear tyres.

As you would probably expect, the OveRland’s suspension has been changed to make sure it can soak up any off-roading punishment that a driver may throw at it. This means the car has modified transverse links as well as custom trailing arm mountings at the back.

As it stands, no power upgrades have been made to the OveRland which means its turbo-charged 4-cylinder engine still produces 308 HP (228kW) and 400 Nm of torque. The transmission is also unchanged. Two vents on the bonnet, however, may suggest that the car could be getting a little bit more motivation.

We have seen concepts and visions of cars like the Civic Type R OveRland before, but none have really come to fruition. Fear not though, because this rally-spec Honda will be made and is road legal too.