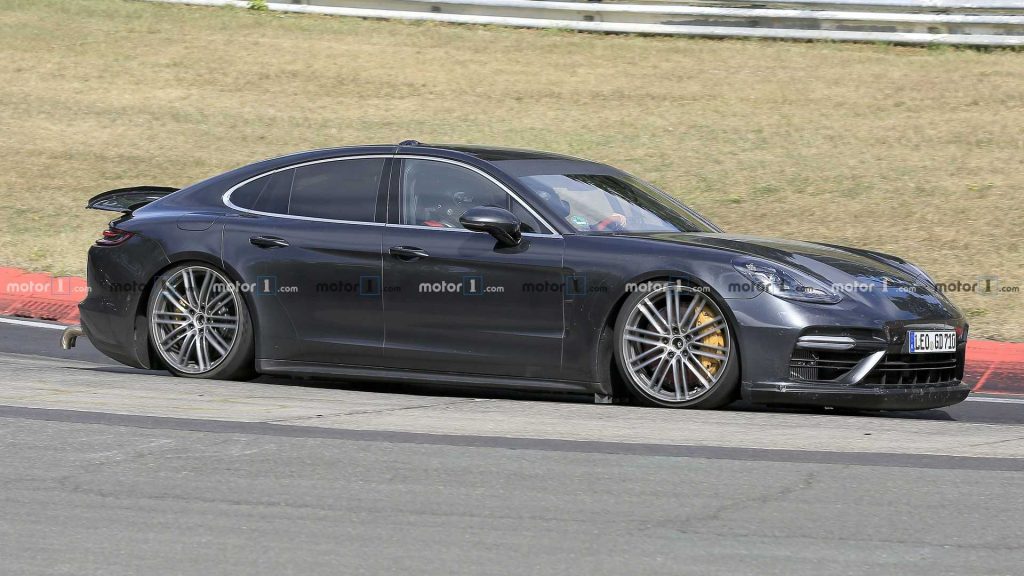 A Porsche Panamera prototype has recently been photographed testing at the Nürburgring and it looks like it has the least ground clearance of any Panamera model in the past.

According to Motor1 sources, the “Uber-Panamera” could get as much as 820 horsepower from an upgraded configuration of an existing engine.

We want to believe this but we will take it with a pinch of salt for now because that is a serious power hike from the already potent 670 hp Panamera Turbo S E-Hybrid. Whether this possible range-topper will also rely on electrification is not known at the moment, but the 150 hp power bump over the current flagship has allegedly been confirmed by engineers while talking to spy photographers.

If this is all accurate then we can expect the four-door monster to go after the Nürburgring four-door record.