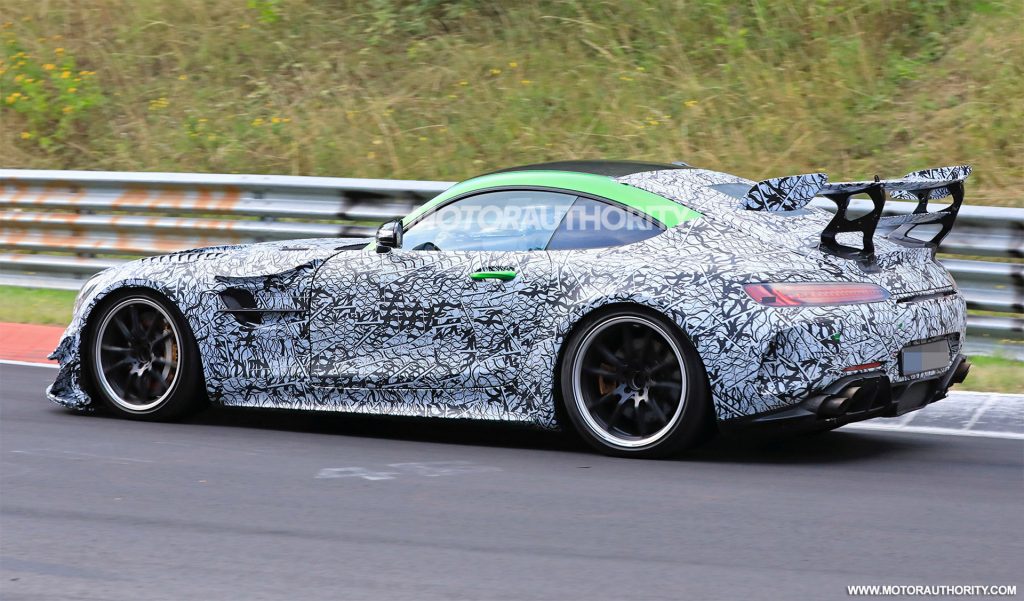 A few days ago we shared images with you of a camouflaged Mercedes-AMG GT prototype sporting some substantial hood vents and now we have seen another example sporting a proper rear wing.

If you look closely in some of the shots and video, you’ll also notice the central exhaust pipe normally found on the Mercedes-AMG GT R has been removed. Instead, there are two stacked exhaust pipes at either side of the rear.

We know the range-topping Black Series is coming and these latest shots show us that it will mean business when it eventually does.

Under the hood will be the 4.0-litre twin-turbocharged V8 we have come to know but rumours suggest the output could be dialled up to as much as 700 horses (perhaps with the aid of some electrification).

In the car’s crosshairs will likely be Porsche’s 911 GT2 RS, McLaren‘s 600LT and the Lamborghini Huracan Performante.