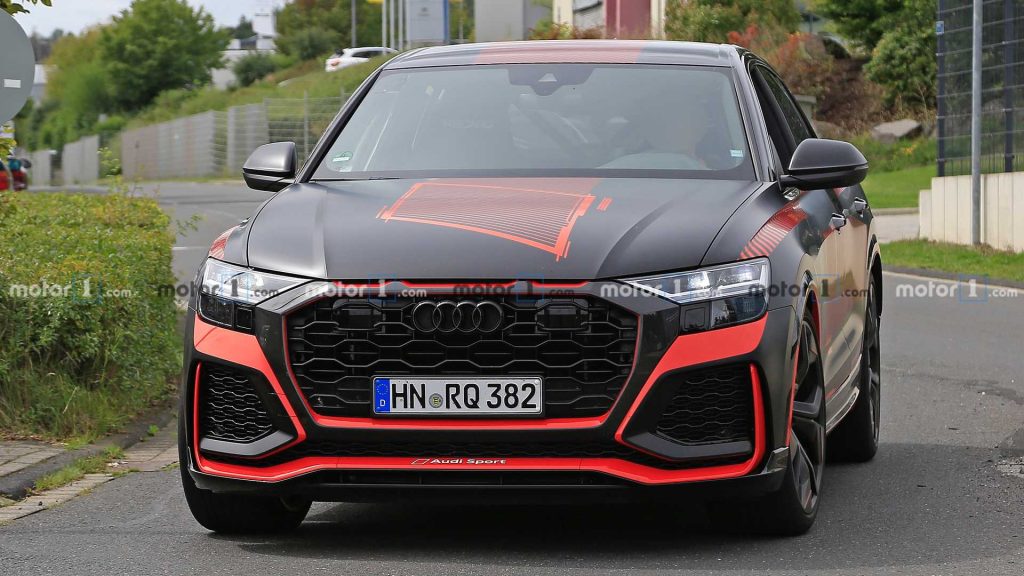 YouTuber Misha Charoudin is the Nürburgring guru and according to his latest video, the yet to be revealed Audi RS Q8 has broken the SUV record.

Charoudin uses a fairly clever technique to track lap times during these sessions that he claims allows him to predict times within one second of the officially published times. It is not exactly technical but he visually watches the test cars start their lap from the starting line and then listens for cars finishing their lap when they hit a set of curbing on the final straightaway.

Using this method he claims the RS Q8 set a lap time of 7:47 which is 2 seconds faster than the current record-holding Mercedes GLC 63 AMG S.

Even though it is not confirmed or official, it is rather impressive and shows the immense performance potential of the RS Q8.

The RS Q8 has a fair bit to prove and one way to earn it some performance credibility. We look forward to seeing the official time Audi publishes for this very quick luxury SUV.