Driver Miraculously Survives After Nissan Is Impaled By Logs 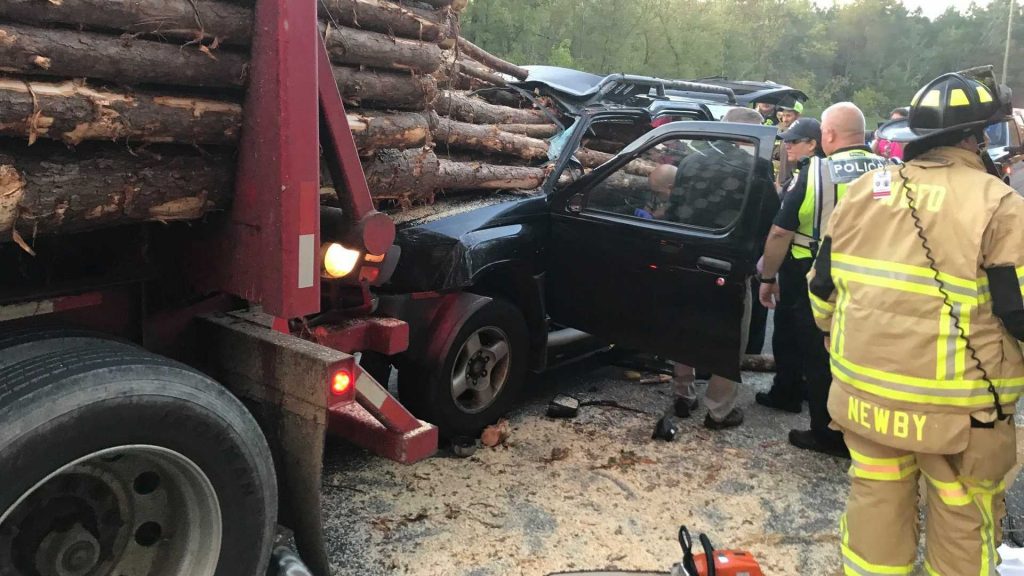 When we first saw these photos we thought we were looking at the set for a new Final Destination movie but this actually happened on the Cleveland highway in northwest Georgia.

You would be forgiven to think that the driver was killed on impact but you would be wrong in this case. According to Whitfield County Fire Chief Edward O’Brien, the driver was not in an upright position at the moment of impact (reaching for something perhaps?). His head luckily ended up in a small gap between the logs that rammed the whole way through the Nissan.

While the official word is the driver escaped only with “minor” injuries, several comments on Facebook from people who seem to be in the know reveal an entirely different situation. The man behind the wheel was rushed over to the hospital and had to undergo emergency surgery for over seven hours, according to a family member. He apparently broke his collarbone and a few other bones following the impact with the logs.

What matters the most is that he’ll live to see another day and explain what really happened.