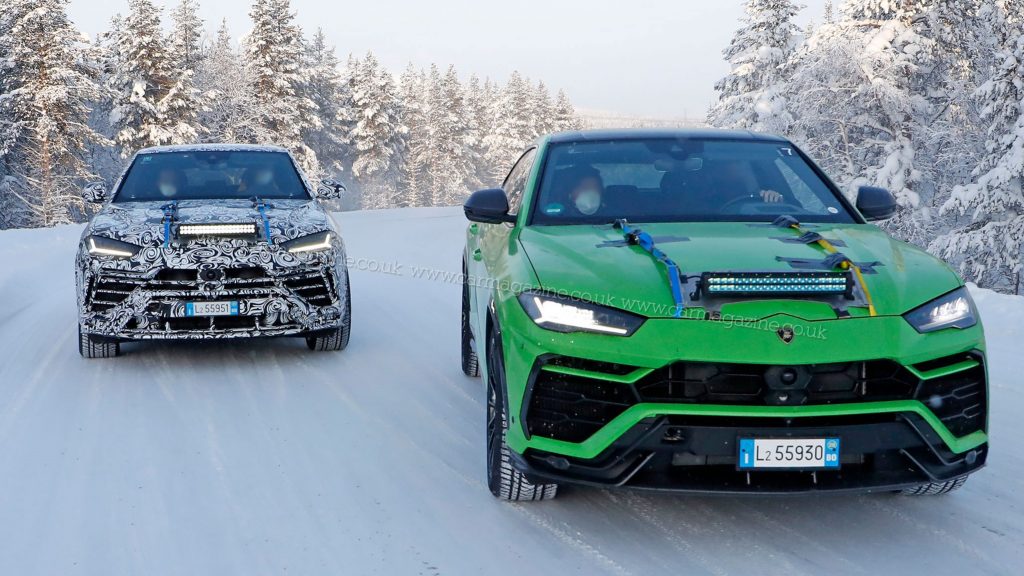 Lamborghini is busy testing a mid-cycle refresh for the popular Urus and a new report from Car Magazine in the UK claims the camouflage will come off sometime in 2022.

The revised variant of the “Super SUV” is expected to bring an extension of the family as Sant’Agata Bolognese is allegedly planning a plug-in hybrid version and also a non-electrified Sport RS.

The PHEV offering has been a long time coming as chief technical officer Maurizio Reggiani revealed in an interview nearly three years ago the Urus would get a plug in variant.

The report suggests the plug-in hybrid Super SUV will make use of a Porsche engine codenamed “LK5”. At this stage, we do not know if it will make use of 6 or 8 cylinders but it could develop as much as 600 horses according to the publication. It will work together with an electric motor to offer a combined output of 820 hp (611 kW).

Very little is known about the yet-to-be-confirmed Urus Sport RS but it will reportedly develop 675 hp using an uprated version of the existing twin-turbo 4.0-litre V8 engine.

The publication also stated that the next-generation Urus has been delayed until 2028 while a Huracán replacement will not be seen before 2025.