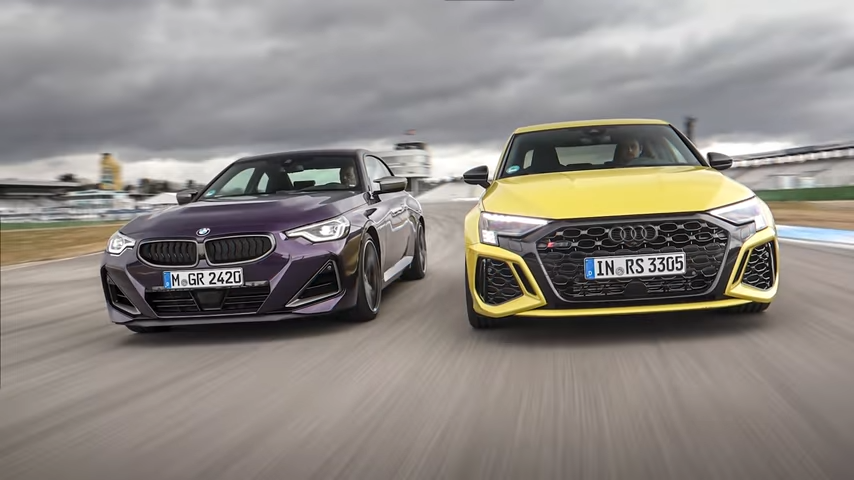 Sport Auto got their hands on these two potent cars and headed for Hockenheim.

The two are technically not rivals in the truest sense of the word. Indeed, we’re dealing with an M Performance car going up against a full-fat RS model. There’s also the matter of body styles, although it’s less important.

The BMW is a fair bit heavier than the Audi too carrying an extra 115 kg around with it.

As you will see in the video below, they are practically identical around the track in terms of lap time but it is also worth noting that the Beemer was riding on Michelin Pilot Sport 4S rubber which is considered to be one of the best in the business.

The Audi was running on Bridgestone Potenza Sport tyres.

Where would your money go if you wanted to add one to the garage?