Since the start of the Huracán in 2014, there have been a number of versions.
By Zero2TurboApril 21, 2022Updated:April 21, 2022No Comments
Facebook Email Twitter LinkedIn Telegram WhatsApp 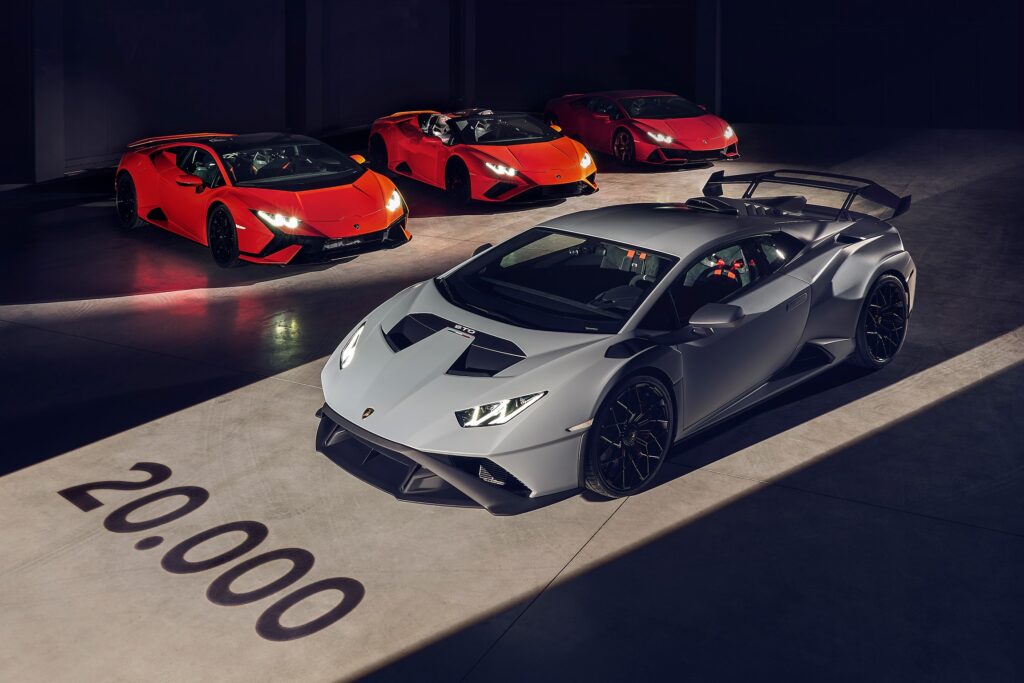 Lamborghini has announced that the 20,000th Huracán has rolled off the production line as a stunning Grigio Acheso Matt STO for a client in the Principality of Monaco.

“At its unveiling, we said that with the Huracán, Lamborghini is writing the next chapter in its great history,” says Automobili Lamborghini Chairman and CEO Stephan Winkelmann. “The Huracán has delivered an evolution of design, technological know-how, driving adventures, track records and sales records since its launch. It was designed as a car to provide super sports emotion in every environment, from daily driving to thrilling performance on track. Every iteration of the Huracán has stayed true to that Lamborghini philosophy, while in motorsport the Huracán is not only the protagonist of the Lamborghini one-make Super Trofeo series but has proved its dominance in GT3 series throughout the world.”

Since the start of the Huracán in 2014, there have been a number of versions; 12 road and three racing versions.

The Huracán and its EVO successor have also created history on the racetrack. Almost 500 Huracán race cars have come off the production line in Super Trofeo and GT3 guise, including a limited Squadra Corse edition celebrating 10 years of Super Trofeo in 2019. Huracán GT3s have taken over than 40 championship titles and 117 victories in more than 12 series worldwide: Lamborghini is the only automaker to win the 24 Hours of Daytona GTD class three consecutive times, with the GT3 and GT3 EVO also winning the 24 Hours of Daytona and 12 Hours of Sebring double, two years in a row between 2018 and 2019.