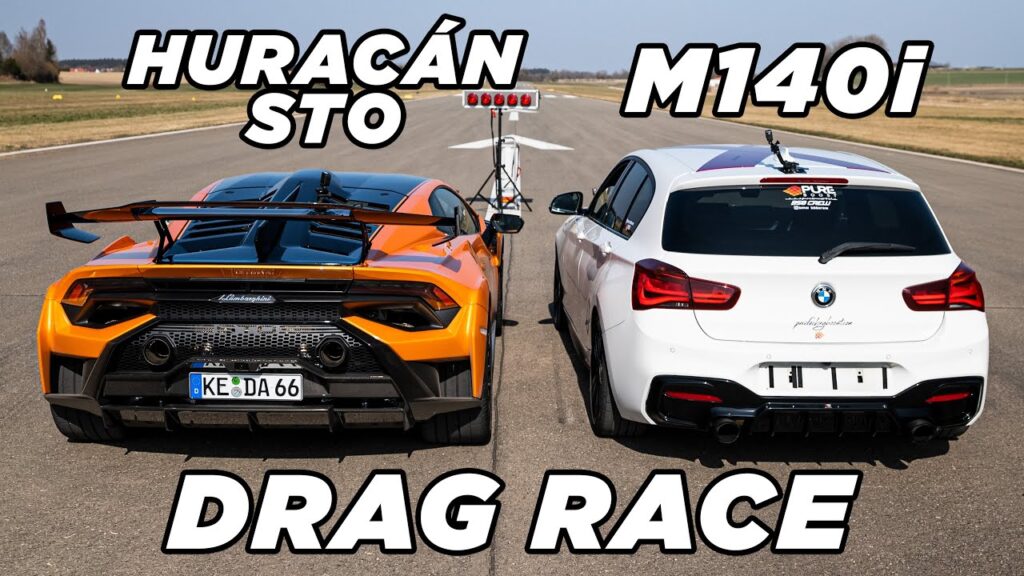 The Lamborghini Huracán STO has been pushed to its limits in multiple drag races since its launch but we never thought we would see it put up against a little BMW M140i.

Well as the title suggests, this is no ‘little’ M140i and certainly not stock as the owner thinks it pushes out around 700 PS and 930 Nm of torque. The owner states that the turbo was upgraded and a new fuel pump and intake were fitted. “Besides that most of it is stock,” he says.

After the first run where the BMW absolutely destroys the Lambo things get a little closer but the Lamborghini only wins one run when the M140i launch control disengages.